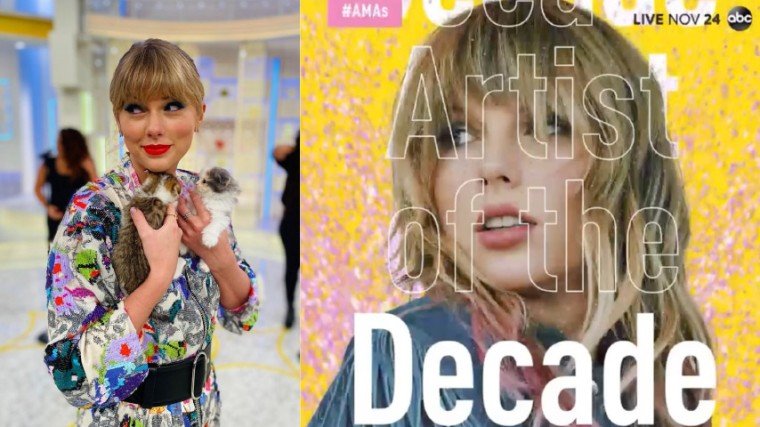 “We're thrilled to honor her as our artist of the decade and can't wait for her to blow everyone away with an epic, career-spanning performance unlike any other!”

In 2014, tumanggap si Taylor ng Dick Clark Award for Excellence and has won Artist of the Year four times.

She went on to score six No. 1 albums on the Billboard 200 albums chart which include Fearless, 1989, Red, Speak Now, Reputation and Lover.

The singer-songwriter has garnered five No. 1 hit singles on the Billboard Hot 100 with the following songs: “Shake It Off,” “Blank Space,” “Bad Blood” featuring Kendrick Lamar, “We Are Never Ever Getting Back Together,” and “Look What You Made Me Do.”