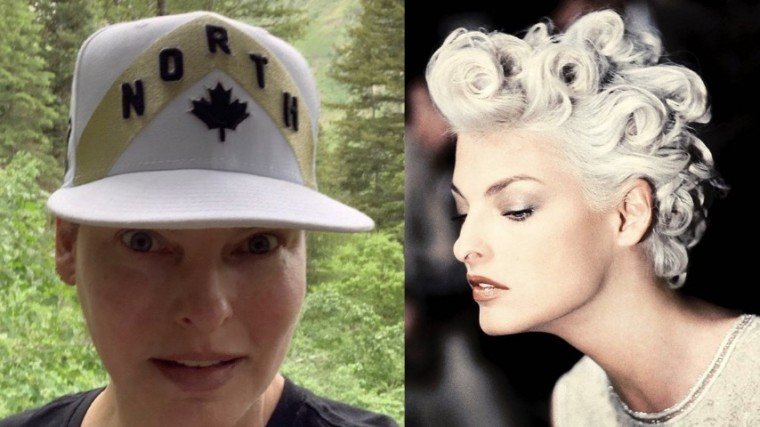 Linda Evangelista filed the lawsuit in a New York federal court against Zeltiq Aesthetics for negligence, misleading advertising, and alleging that the company failed to warn customers of the possible side effects of their CoolSculpting procedure. Zeltiq Aesthetics, a unit of Allergan Aesthetics and parent company AbbVie has not given an official comment on the former supermodel's lawsuit that she posted on Instagram.

Former '90s supermodel Linda Evangelista finally revealed to the public how a cosmetic procedure has left her permanently deformed.

The 56-year old former supermodel admits to being a recluse after being brutally disfigured by a procedure five years ago that she has sued for $50 million.

“To my followers who have wondered why I have not been working while my peers' careers have been thriving, the reason is that I was brutally disfigured by Zeltiq's CoolSculpting procedure which did the opposite of what it promised," Linda tells her one million Instagram followers.

Talking to BBC, Evangelista adds: "I have been left, as the media has described, 'unrecognisable.’" And that she had to undergo “two painful, unsuccessful corrective surgeries” after the slimming procedure, also known as body contouring, had had the opposite effect.

The said  non-surgical procedure, which has grown in popularity in recent years, uses cold temperatures to reduce fat deposits in certain areas of the body.

The rare side effects she suffered after the procedures is called paradoxical adipose hyperplasia (PAH), which causes people to develop a swelling in the areas that were treated.

"PAH has not only destroyed my livelihood, it has sent me into a cycle of deep depression, profound sadness, and the lowest depths of self-loathing. In the process, I have become a recluse," she said.

Evangelista filed the lawsuit on Tuesday in New York federal court against Zeltiq for negligence, misleading advertising and alleging that the company failed to warn customers of the possible side effects.

Zeltiq Aesthetics, a unit of Allergan Aesthetics and parent company AbbVie has not given an official comment on the former supermodel's lawsuit that she posted on Instagram.

"This is my attorney's statement about my case. The truth of my horrific ordeal will be told through the legal system and I offer my sympathy to anyone suffering, as I do, from PAH's painful, hardened masses which protrude from the skin wherever CoolSculpting was performed. #TheTruth #MyStory."

The lawsuit says Evangelista underwent multiple procedures between 2015 and 2016 to reduce fat on her thighs, abdomen, back, flanks and chin. Corrective surgery had not worked to fix the PAH.

She is seeking $50 million in damages for lost income and emotional distress, saying she was now unemployable as a model and has not earned anything from modeling since 2016.

"You are and always will be a supermodel, now adding super role model of courage to your glorious resume," wrote Scott, while Paltrow posted a red love heart emoji.

Maxwell posted: "I have always recognised you as someone who was physically beautiful, yes, but more importantly you really shone bright from within... In your darkest moments may you never forget the light you have sparked in so many, and continue to."

Fellow model Karen Elson said: "Sweet Linda. I love you dearly, you are so brave and wonderful."

Linda Evangelista's modelling career began in 1984 when she signed with Elite Model Management after having moved from her native Canada to New York City. Upon the suggestion of photographer Peter Lindbergh, Evangelista had her hair cut short in 1988. The haircut, nicknamed "The Linda," not only sparked many copies worldwide, but it also benefited Evangelista's career and helped usher in the era of the supermodel.

Throughout most of her modelling career, Evangelista was referred to as the fashion industry's "chameleon" for the way that she reinvented herself with various hairstyles and ever-changing hair colours that inspired hair trends. In terms of her looks, she was likened to Sophia Loren, Elizabeth Taylor, Ava Gardner, and Gina Lollobrigida.

The Canadian supermodel is regarded as one of the most accomplished and influential models of all time. She has been featured on over 700 magazine covers.

Evangelista is primarily known for being the longtime "muse" of photographer Steven Meisel, as well as for the phrase: "We don't wake up for less than $10,000 a day."

She holds the record for her multiple appearances on the cover of Vogue Italia, all of which were photographed by Meisel.

Linda graced the high-end catwalks around the world together with fellow supermodels Naomi Campbell, Cindy Crawford and Christy Turlington, whom she appeared with in a George Michael music video.

Evangelista retired from her career in 1998. Her achievements as a model led to her being voted as "The Greatest Supermodel of All Time" by the viewers of the television show Fashion File in 2008.

In 1987, Evangelista married Gérald Marie, who was the head of Elite Model Management's Paris office. They were divorced in 1993. She also dated actor Kyle MacLachlan, whom she first met on a photoshoot for Barneys New York in 1992. The couple became engaged in 1995 but broke up in 1998. Afterwards, she dated French football player Fabien Barthez. She became pregnant but miscarried six months into the pregnancy. The couple broke up in 2000, reunited in 2001, and then officially ended their relationship in 2002.

In October 2006, Evangelista gave birth to a son, Augustin James. She first refused to mention the father's name. But in 2011, she filed court papers that revealed her son was fathered by billionaire Frenchman François-Henri Pinault, whom Evangelista had dated for four months in late 2005 and early 2006. Pinault later married actress Salma Hayek.