Sisters Angelika and Mika Dela Cruz bonded by getting additional ear-piercings; Mika got inked, too! 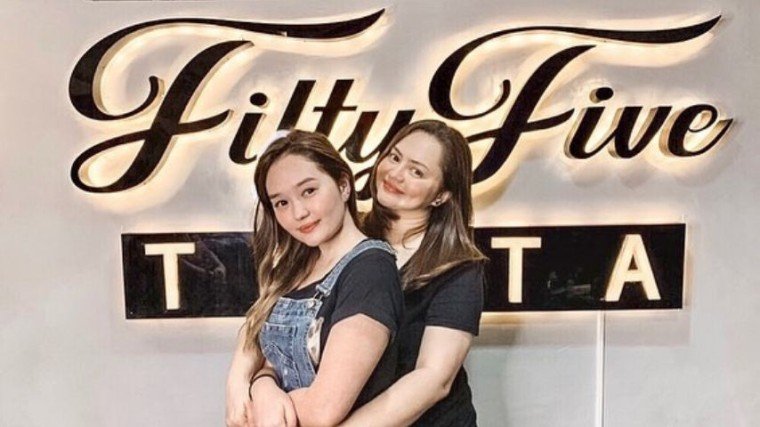 For first-timers, having their ears pierced or getting a tattoo is a huge decision to make but for the Dela Cruz sisters Angelika and Mika, it was just like a walk in the park!

The sisters decided to get inked and have additional ear piercings last June 27. While they already had their ears pierced in traditional  locations earlier in life, it’s both their first time to get tattooed.

Over the weekend, Mika shared  their whole experience in her recent vlog entry on YouTube. The video started with Mika getting her Ate’s approval to have cluster ear piercings. And Angelika was not only supportive, she was so game about the idea that she even suggested that they should also get inked together!

After hours of researching for good yet meaningful tattoo designs on the internet, the two decided to leave their house and get things done.

Mika’s boyfriend Nash Aguas was also there to support her and even took charge of the vlogging himself.

After getting multiple piercings (as if nothing happened), Mika was beyond excited to finally get herself inked behind her ears.

Her tattoo was inspired by her Kuya Edward Dela Cruz, who passed away in 2010, due to vehicular accident.

Getting inked behind the ear is one of the most painful areas of the body to choose, say the experts, but for Mika she didn’t even flinch nor showed emotions while she was undergoing it. Such a brave girl we got here!

Meanwhile, Angelika wasn’t able to get hers because she said she was on her period during that time. Nonetheless, the whole process remains a memorable experience for the two.

Check out her whole vlog below:

Pika's Pick: Yorme Isko Moreno says even non-Manilenos are welcome to get t...