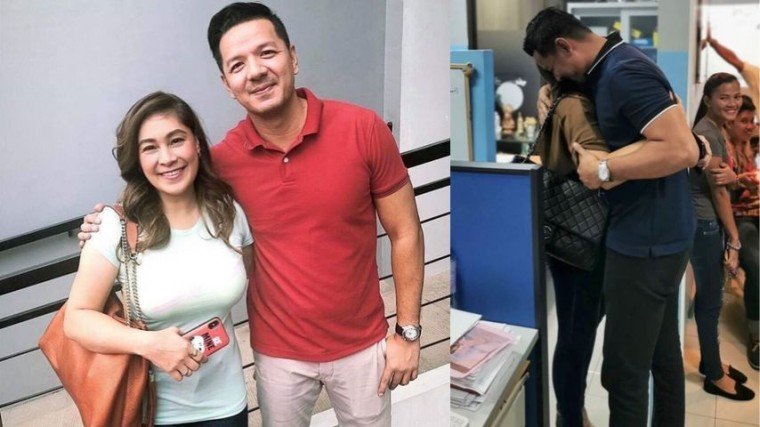 “Okay, first of all, I'm in a relationship with myself,” agad na sangga ni Sheryl. “Ahmm, as for the chinito guy, everybody calls him Giboy. Actually he's a good friend of mine. The reason why we've met is because of the travel agency, Levy Travel and Tours, wherein I am the endorser, the spoke person...and he's one of the bosses. So I’m chummy with them.”

“That depends,” sagot ni She. “Like if I find the person. ‘If I’— open and close quotation mark.”

Choosing her words carefully, Sheryl explained: “Kasi kung dati diba I was married like three times ganyan, so probably it's not anymore umm... of course marriage is sacred. I'm always gonna be Roman Catholic, and I've always have respect for my Catholicism.

“Probably it's more of getting to know the person and not really jumping the gun right away, or jumping into the marriage right away. So probably, I would try enjoy the relationship first before jumping into another wedding ceremony.”

Sheryl, who met her ex-husband in 1995, was married to the same man three times. First was through a civil wedding in Lake Tahoe, Nevada in 1996; followed by a Catholic church wedding in Greenhills, San Juan City, that same year. The third wedding happened the following year, 1997, in San Francisco, which became their residence. The got divorced in 2008.