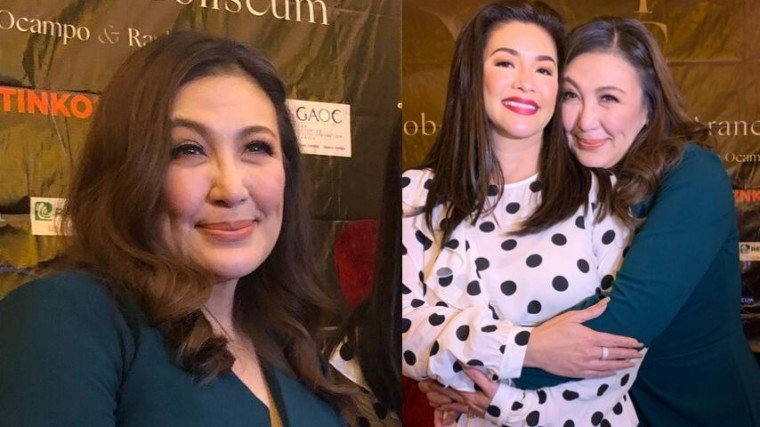 “I was at the lowest point of my life and career, I’ve never been so sad,” kwento ni Sharon Cuneta tungkol naging predicament niya a few years ago. “And that was when everyone thought that I was clinically depressed, that I might kill myself..”

“A few years ago I was so problematic,” kwento ni Sharon. “I was...remember I even post it in social media—which I don’t do anymore! Hahaha!  I said I was at the lowest point of my life and career, I’ve never been so sad. And that was when everyone thought that I was clinically depressed, that I might kill myself...of course, people like to exaggerate.

“I was really sad and I didn’t know what to do and I had a big-big-big utang...when I say utang, I think I never told you the exact amount—it was over half a billion! And now I’m down to couple of hundreds of million. So, I’m fine. I was able to pay that back because of smart investing in the past. So that was how big my problems were. So down a few hundred. And I’m working. But I’m okay. I’ve invested so it’s just a matter of managing my...”

“And so I had to work non-stop but at that point,” patuloy niya. “I couldn’t work and I didn’t know what to do and then I realized that I removed my focus from God and started focusing too much on my problems... that I was becoming the kind of person that I despised, the kind of person I never wanted to be, the kind of people I would avoid in showbiz since I was young.

“So parang, ‘Ba’t ako nagkaganito?’ Magmula sa Twitter na hindi ako sanay, ba’t ako pumapatol? Parang anong nagawa ’ko? Ano’ng nangyayari? You know, sa madaling-salita, when I refocused on God who’s bigger than all the problem this world can throw my way, I refocused on Him, I said I surrendered everything.

“You know after all that, all the... everything started getting lighter, the financial problem started getting solved, the projects started coming in, I started losing weight... in January, magpo-four years na akong nagdi-diyeta. Hahaha!

Frankie, of course, is her panganay with former senator Kiko Pangilinan  who is now pursuing college studies in New York.

Iconic concert is happening on October 18 and 19 at the Araneta Coliseum.