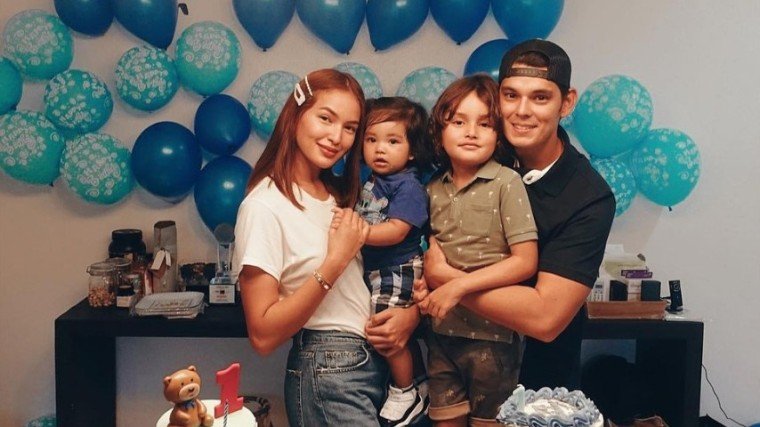 Baby Kai just turned one! The adorable baby boy, whose birthday is on March 21, had a simple birthday celebration with his mom Sarah Lahbati, dad Richard Gutierrez, and older brother Zion at their home yesterday.

Sarah carried her bunso for the picture-taking while Richard hugged their panganay Zion. The happy family posed in front of Kai's three birthday cakes, one of which he later ate as part of an adorable cake smash.

Some netizens asked Sarah why Kai's first birthday party was not as grand as his Kuya Zion's.

It can be recalled that Zion had a star-studded safari-themed party in 2014 to mark his first birthday and christening.

In response to a commenter, Sarah explained: "May bigger celebration din siya in June. Delayed because we will be traveling 😊❤️."

Now that Kai is already one, Sarah and Richard can focus on their wedding--which was postponed because of Sarah's second pregnancy.