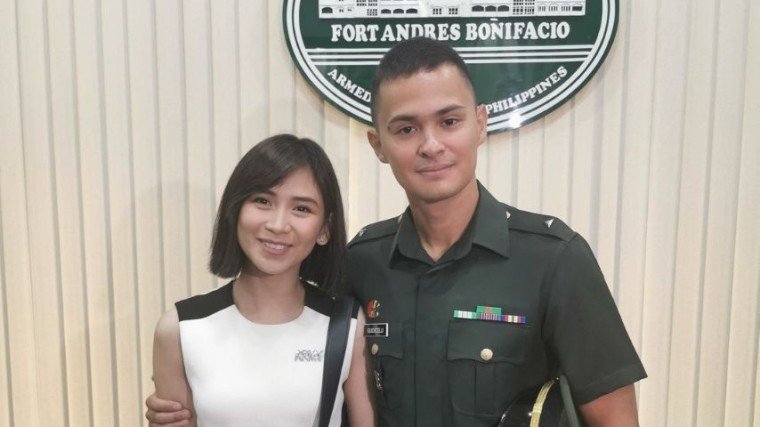 Sarah Geronimo is one super proud girlfriend to Matteo Guidicelli who achieved the title of 2nd Lieutenant to the Philippine Army!

Despite her crazy schedule, Sarah Geronimo didn’t miss the chance to attend her beau Matteo Guidicelli’s “donning of the ranks” ceremony held at Philippine Army headquarters in Taguig on Tuesday, August 20.

And Sarah herself attached Matteo’s pin which officially declared him as a second lieutenant Philippine army reservist.

Matteo’s new achievement was made possible by President Rodrigo Duterte as he finally signed his papers of becoming the country’s army reservist.

LOOK: Matteo Guidicelli is now 2nd Lieutenant. The President has signed Guidicelli's papers. Matteo said he will be more active in visiting communities to bridge relationship with the Philippine Army. pic.twitter.com/9bPaBFKs9u

It was only three months ago when Matteo began his grueling 30-day training with the Philippine Army.

According to their post: “The actor-reservist was recognized for his volunteerism in using his influence to promote peace and impart patriotism especially to the Filipino youth in Mindanao region in addition to his completion of the Scout Ranger Orientation Course last June.”

Aside from Sarah, Matteo’s ever-supportive family members were present to witness the ceremony as well.

As seen in the photos uploaded online, they all appeared super proud as Matteo finally fulfilled his dream of serving his country.

Prior to joining the Army as a reservist, Matteo also joined the Philippine Coast Guard Auxiliary with his celebrity friends Erwan Heussaff and Nico Bolzico.

“Love, iuwi na lang kita, please.”- Sarah to Matteo when she saw his condition in the ranger camp.

Matteo urges Pinoys to be more appreciative of soldiers 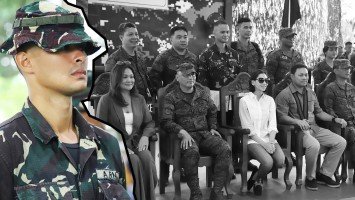 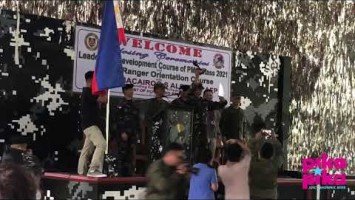