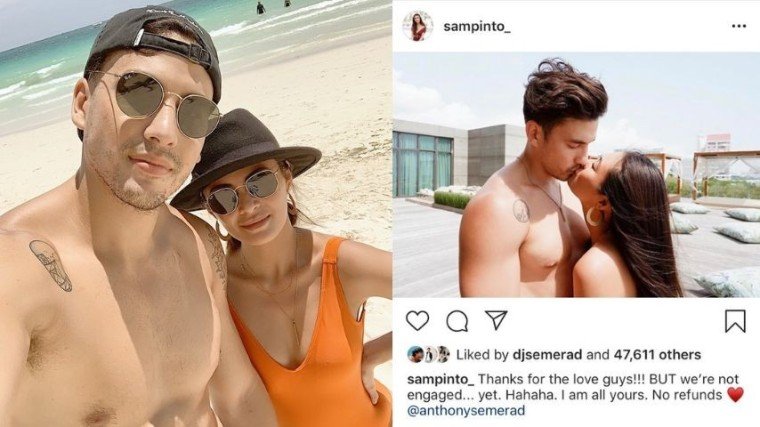 Netizens and celebrities thought that couple Sam Pinto and Anthony Semerad took it to the next level—meaning, they got engaged!. That’s because of their posts in their respective Instagram accounts with captions that are seemingly indicating of an engagement.

Anthony was first to upload a photo of them together last Wednesday, June 19, writing: “True love is about growing as a couple, learning about each other, and never giving up on each other @sampinto_ ♥️💍🔒

He even used a heart, ring and lock emojis in his caption. Sam  replied in his post saying “You know it baby!.” 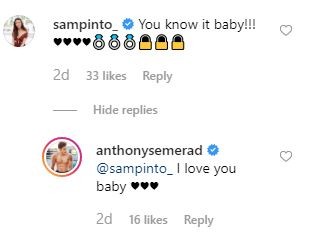 Then, the 29-year-old GMA artist posted yesterday a photo of them sharing a kiss. And the photo was captioned: “I am all yours. No refunds ♥️ @anthonysemerad.”

Several celebrities and Netizens concluded that they just got engaged and sent their well-wishes on the comment section.

But Sam was quick to clarify as she revised her caption in her post and declared that her beau is not yet popping the question.

There, she wrote, “Thanks for the love guys!!! BUT we’re not engaged... yet. Hahaha. I am all yours. No refunds ♥️ @anthonysemerad.”

Sam is a former PBB (Pinoy Big Brother) housemate on ABA-CBN. But she also appeared in some GMA-7 variety shows like Party Pilipinas and Sunday All Stars. She was also seen in these following TV shows: Bubble Gang, Legacy (2012), Ang Panday (2016), FPJ’s Ang Probinsyano and La Luna Sangre (2017).

Anthony, for his part, is a Filipino-Czech professional basketball player. He is currently playing for TNT KaTropa team of the Philippine Basketball Association (PBA). 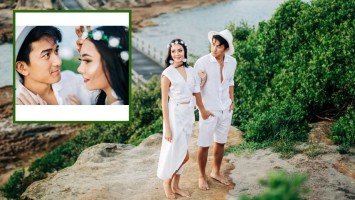 Makisig Morales’s wife Nicole Joson pens sweet wedding message: “I am yours and you are mine.” 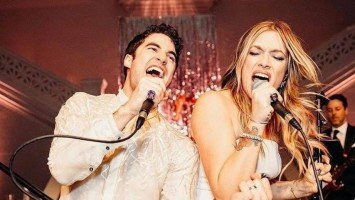