Rep. Lucy Torres-Gomez urges critics of the Anti-Terror bill to read it first and not simply listen to "second-hand" opinions 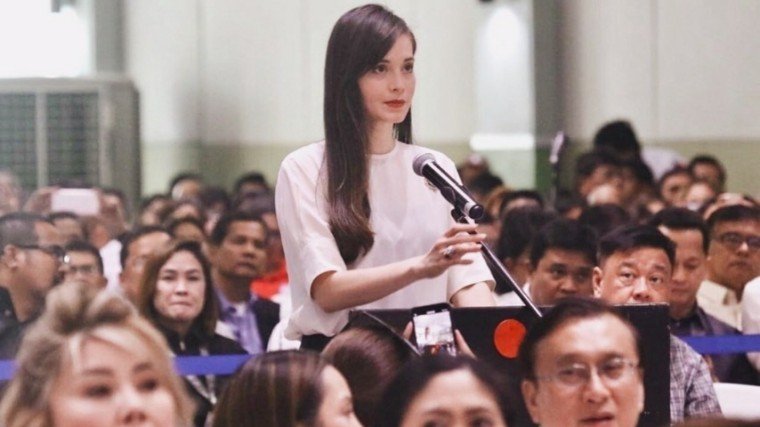 Lucy Torres-Gomez defends the Anti-Terror Bill! Know the full story by scrolling down below!

On Thursday, June 11, former-actress-turned-politician Lucy Torres-Gomez took to a lengthy post on her social media accounts to defend the controversial Anti-Terror Bill, which has been slammed by critics for its alleged suppression human rights such as freedom of speech.

The representative of Leyte's 4th district prompted critics of the bill to read it first and not simply listen to "second-hand" opinions that have been influenced by those who "twisted the actual interpretation of actual sections of the bill to suit their accusations."

She, then, cited the bombing of Our Lady of Mount Carmel Church in Jolo back in 2019 as an example. In the said incident, 20 people had passed while 120 had injuries.

The bombing, according to the lawmaker, would have been prevented if the Human Security Act of 2007 (HSA) provided on the arrest of the foreign nationals suspected for terrorism.

“It would be wise to review the Human Security Act of 2007 to understand its significant shortcomings, such that a new law to repeal it was deemed necessary,” she said. "The most glaring is that the HSA is not equipped to help us PREVENT a terrorist act from being undertaken."

Gomez, then, said that under 13 years of the implementation of the HSA, only one person had been convicted; the person being involved in the 2017 Marawi siege.

She went on saying that with the Philippines having the "inability" to make an arrest and prosecute suspected terrorists, law enforcement's hands would remain tied until a terrorist event happens in the country.

“It’s like giving the terrorists a free pass, telling them that we are just going to watch their acts of terror unfold first, and then we get our cue to run after them,” Gomez said.

She added that terrorists are having "more fun in the Philippines" because the current laws allow them.

"This makes us a very conducive venue to undertake, plan, and prepare for terrorist activities," she said, before noting that the Philippines has become a "haven" for ISIS recruitment.

The bill is only awaiting the signature of President Rodrigo Duterte for it to be enacted into law, after the Senate and the House of Representatives voted to pass such.

Gomez also answered some questions surrounding the bill, including claims that it was against activism.

“This law is not meant to arrest regular protestors fighting for causes they believe in. This law is meant to prevent fatal and disastrous terrorist events from happening,” she said.

"So many of those who oppose the bill also say it quells freedom of expression, a basic human right," she adds. "For those who are worried about opposing the president or any of its officials for that matter, kindly review Articles 138, 139, and 142 of the Revised Penal Code."

Gomez said there are already existing laws under the code that incites rebellion and sedition that she described as "more incriminating" than the Anti-Terror Bill.

“Will this bill hinder you from attending rallies? It will not.  And you also cannot be arrested for attending JUST ANY RALLY… It is misleading to take either just the intentions or just the actions and insist those to be the definition of a suspected terrorist. And if we all just understand that the intentions and actions that constitute terrorism are really GRAVE and DEVASTATING to our country, we will not let fear get in the way of apprehending and bringing REAL TERRORISTS to justice,” she said.

She also defended the Anti-Terror Council (ATC) and their role of implementing the bill.

“In comparison, the HSA of 2007, already allows unwarranted arrest but for only three days of detention without judicial authority and must result exclusively from court-ordered surveillance and financial investigation,” she explained."This makes the HSA  unresponsive to the realities of actual terrorist operations, which is covert and fast-paced. The Anti-terrorism bill facilitates timely action to prevent terrorist events.”

She said that the passage of the bill's timing "could be better" especially as the country continues to go through a pandemic caused by the coronavirus.

“But on the flip side, know also that the pandemic will not deter terrorist plots. In fact, this is a vulnerable time for us,” she said, noting that the bill has been hanging in Congress since 2016.

“Perhaps we can all agree that there is no better time than the present to protect our people from the threats of  terrorism,” she added.

Rep. Vilma Santos slammed by celebrities and netizens for her vote over ‘Anti-Terror’ Bill