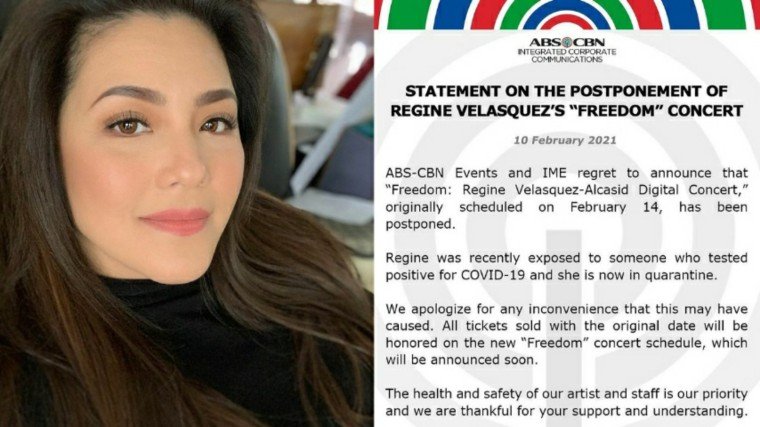 Regine Velasquez's "Freedom" concert, originally scheduled for February 14, has been postponed as the Asia's Songbird has been exposed to someone with COVID-19!

ABS-CBN and Regine Velasquez took to Instagram to announce that the latter’s digital concert for Valentine’s Day, titled Freedom, has been postponed due to Asia's Songbird being exposed to a person who is positive for the COVID-19 disease.

It was the official account of ABS-CBN’s Public Relations who first made the announcement, posting a statement on Wednesday, February 10. They said all tickets that were sold prior to the previous date will be acknowledged on the new concert date.

The singer-actress made an announcement of her own minutes later, at first apologizing for the inconvenience that she had to postpone the concert.

“Hi guys I don’t even know what to say but yah we are postponing the concert because I was exposed to someone who tested positive. Sorry for the inconvenience,” she wrote. “I’ve been preparing for this for weeks and so excited to finally be performing for all of you.Hay!!!!! Pero wag magalala definitely matutuloy to no sayang naman pagbabalik alindog ko no.”

She went on saying that a new concert date will be announced as soon and gave an update regarding her health.

Regine looked at the positive side of things, saying this is an opportunity to have more time to make the concert “even better” and adding in jest to her concert-goers to make their expectations higher.

“[I guess] I’ll have more time to make the concert even better. God always has a plan and believe me His plans are always better. Sige itaas nyo na mga expectations nyo,” she concluded her post.

Regine’s previous concerts were collaborations with fellow Kapamilya artists. In February 2019, she headlined the Araneta Coliseum with Vice Ganda for their concert The Songbird & The Songhorse. By October 2019, she performed in the same venue with “Megastar” Sharon Cuneta for their Iconic concert.

Her last concert was with Sarah Geronimo, which happened last February 2020. The concert was titled Unified. 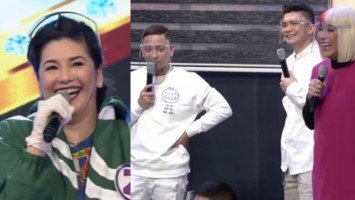 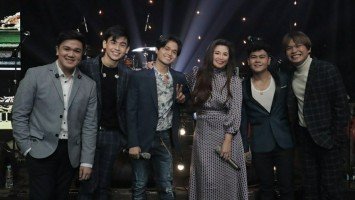