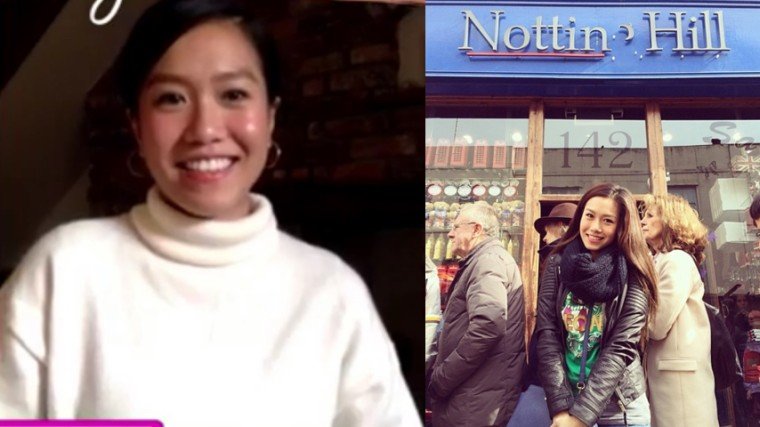 Rachelle Ann Go opened up about the time when she was in a “really dark place” even while doing international musical shows a few years back.

Rachelle auditioned for the musical play Miss Saigon in 2013 and after landing the role of Gigi, she was consequently required to stay in London, where the play was being staged. There, she experienced living alone for the first time.

In a live interview with CBN Asia—via Facebook last night, July 15—the singer-actress narrated how hard life was for her when she was still beginning her journey in the international theatrical scene.

“So, I was really homesick. I was sharing a flat with another Pinay na kasama ko din sa teatro. But just being alone, it was really tough...lalo na pag maysakit ka. Mag-adjust ka sa kultura, sa buhay. I felt alone.”

Initially, she admitted feelingg beyond excited about going abroad. In her mind, at least there would be “no distractions.”

Once she got there, however, she felt the opposite.

Living alone in a foreign country, with barely a handful of kakilalas, took a toll on Rachelle's overall health.

Before going international, Rachelle had an equally successful career in the local music scene. She admitted that she was not into musicals before but she wanted to try something new. Hence, she tried her luck with Miss Saigon.

“In denial din ako na I’m okay but in reality, I wasn’t okay. For a year, I don’t have any friends, nag-start din ako magpunta sa church noon pero in and out lang ako, wala akong Bible study group.”

After Miss Saigon, Rachelle had to make another huge decision for her career—would she stay in London or not? By then, she was scouted for another huge opportunity: to be part of the timeless Les Miserables play as Fantine.

But Les Miserables, she said, also equates to her own misery.

“Ang hirap! Gabi gabi, malungkot ako. So, sabi ko I had to learn how to let go of the emotions. Baka kasi nadadala ko ’yong character ko sa bahay. I was really trying but it was tough for me.”

However, she said, she had no clue what was happening to her deep down inside.

“I was sharing a dressing room with four other girls but instead of building a relationship with them, parang may sarili lang akong mundo. I didn’t want to talk to anyone. I don’t know what was wrong with me at that time.”

This went on for seven months until she got an offer to do Les Miserables in Asia. And the moment she knew about it, she asked if they would do a show in the Philippines, which they did back in 2016.

Spending a couple of months in the Philippines with her family and doing the show at the same time had given Rachelle the chance to recharge.

“When I came back to London, I was a completely different person. I don’t know what happened parang may switch na lang.”

She said even some of her workmates noticed the positive changes.

When asked what helped her to recover and to reclaim herself, she said: “Just being surrounded by people, like my family... sila talaga ‘yong nag-recharge sa akin. Sa London kasi nag-a-isolate ako, pero pag dating ko sa Philippines parang this is my life. That was it. Parang ’yong mga tao sa paligid ko din ’yong nakatulong sa akin and really reminded me why I’m doing this.”

Rachelle Ann is based in London now with her husband Martin Spies, whom she married in 2018. 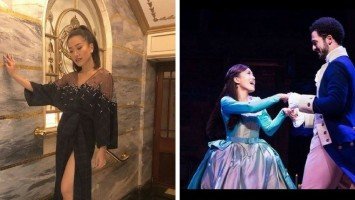 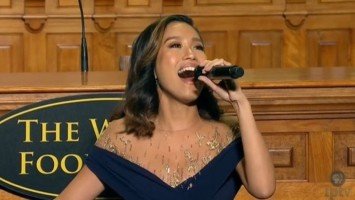