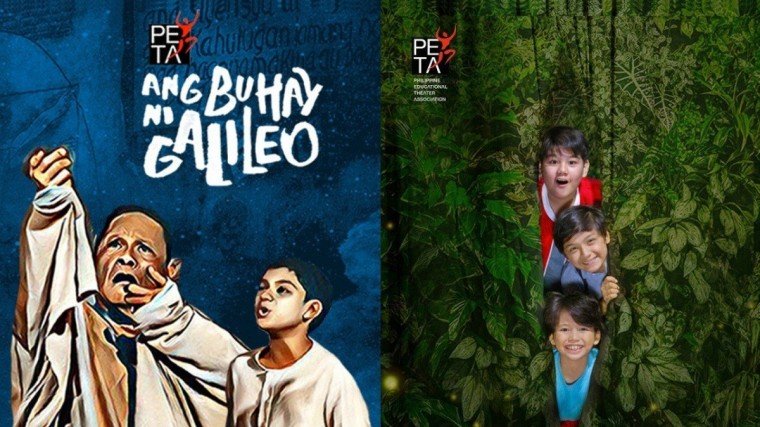 Playing Galileo is esteemed thespian and film director Joel Lamangan, who played the same role in the play’s first staging back in 1981. The play revolves around the life of 16th century scientist Galileo Galilei, who challenged the widely-held belief that the Sun and planets revolved around the Earth.

The play, described by PETA “as a clear and powerful interrogation of truth and power,” is the first of four plays it will stage this season as part of its year-long campaign “Stage of the Nation,” PETA’s response to the turbulent political climate of today.

In a press release, the theater company said that “[the campaign] hopes to utilize the arts and engage artists to contribute to the discourses that concern our nation.”

Aside from Buhay ni Galileo, PETA will also stage of A Game of Trolls, “a musical piece for millennials about fake news, martial law and EJK”; Tagu-taguan Nasaan ang Buwan?, “a play that illustrates how storytelling can enrich a child’s understanding of the world”; and the new production Charot, “a political satire about the future of our country under a new chapter.”

PETA will also host guest performances and events such as Trumperte; The Kundiman Party; Manila Improv Festival 2019; a fifth anniversary show from Words Anonymous; a Human Rights Film Festival; and a reunion of the band Buklod.