OVER THE MOON WITH THE UNIVERSE: Gloria Diaz celebrates 50 years since winning Miss Universe 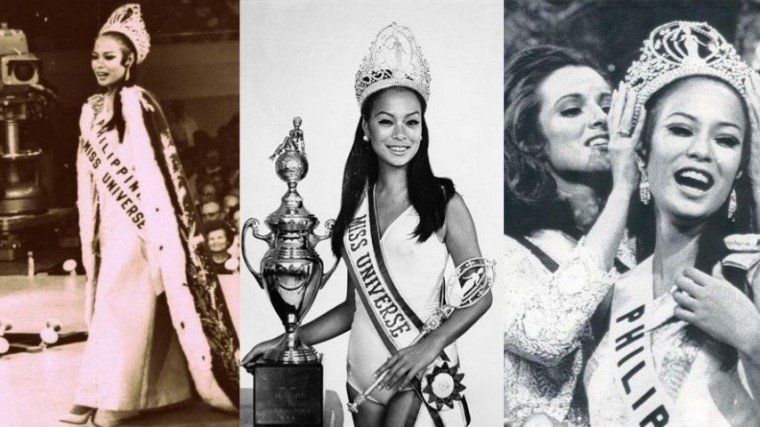 Gloria Diaz celebrates 50 years since her triumph in the Miss Universe 1969 pageant. Look back at her road to the crown by scrolling down!

It was 50 years ago when the Philippines had its first taste of ultimate crowning glory when Gloria Diaz became the first Filipina to bag the coveted crown and title of Miss Universe back on July 19, 1969, in  Miami, Florida. Reactions of her win would have been rampant in social media today, as we Filipinos are known to be proud of supporters of our Miss Universe bets. The uproar of our country would have erupted the earth with this history-making victory.

Although it has been 50 years, her victory remains in our hearts as one of the top triumphs in Philippine history. Let’s look back at Gloria Diaz’s journey in the Miss Universe pageant itself and see how this woman put the Philippines on the map of international beauty pageantry.

THE DARLING OF THE CROWD

Equipped not only with her morena beauty but wit and charm, as well, Gloria was an enchanting figure throughout the competition, being able to mesmerize and entertain the crowd and judges with her answer. For instance, when she was asked to give the name of her two brothers and nine sisters, she wittingly remarked: “Alphabetically or according to rank?”

It was in the final question and answer portion where Gloria would leave a mark in the world of beauty pageants, making history and leaving a legacy for future Filipina pageant aspirants. She answered the question regarding the historic Apollo 11 space flight that had American astronauts Neil Armstrong and Buzz Aldrin landing on the moon on June 20, 1969.

She was asked how she would entertain a man on the moon when he lands and sets foot on her home. Gloria iconically answered: “Oh, just the same things I do. I think if he has been on the moon for so long, I think when he comes over he wants to change, I guess."

After her reign as Miss Universe, Gloria returned to the Philippines and began a career in show business. Her performance in her first movie, Ang Pinakamagandang Hayop sa Balat ng Lupa (1974), received critical acclaim and gave her a FAMAS Award for Best Actress. Since then, she went on appearing in more films in the drama and comedy genre and eventually won awards from different award-giving bodies for her performances in Jose Rizal (1998), Batang Westside (2002), Nasaan Ka Man (2005), and Sagrada Familia (2009).

In recent times, she appeared in the 2017 comedy flick Si Chedeng at si Apple, playing a 66-year-old woman who comes out of the closet. The film was featured in different film festivals around the globe. She currently appears in the ABS-CBN series Los Bastardos and is set to appear in the Netflix show Insatiable.

And while her days as a beauty queen are behind her, we remember Gloria today as a woman who made history--the first woman to bring home the Miss Universe crown in the Philippines.

In her Golden Anniversary as Miss Universe, Gloria celebrated with a few friends over dinner at the Jasmine Restaurant in New World Hotel in Makati. It was an advanced celebration that greatly looked back at the legacy of Gloria Diaz that opened a lot of doors in the Filipina beauty pageant scene. 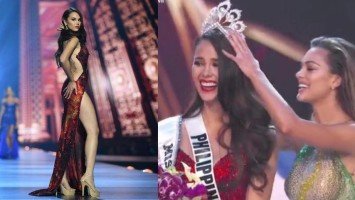 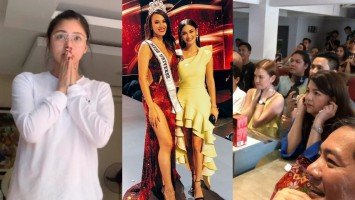