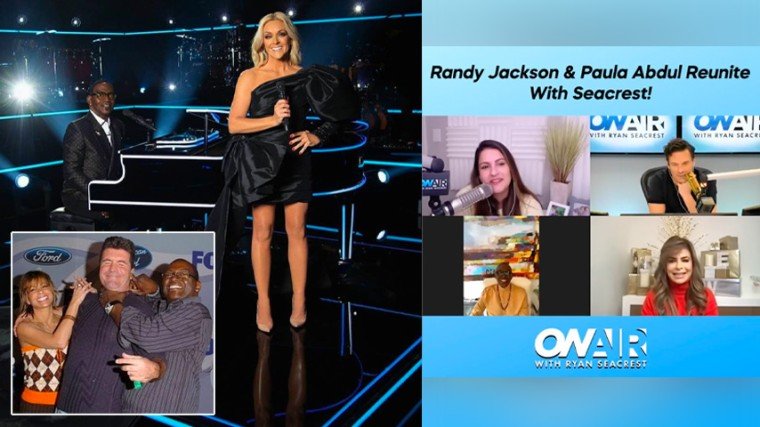 Both Paula and Randy are promoting their shows together at the FOX network at Ryan Seacrest’s radio show, “On Air With Ryan Seacrest.” Paula is one of the judges in The Masked Dancer, while Randy plays the piano in the reboot of Name That Tune.

The original American Idol  judges, Paula Abdul and Randy Jackson, had a virtual reunion over Zoom with AI host Ryan Seacrest on his radio show “On Air With Ryan Seacrest.”

Both Paula and Randy are promoting their shows together at the FOX network. Paula is one of the judges in The Masked Dancer while Randy plays the piano in the reboot of Name That Tune.

Both shows are watched every Wednesday at 8pm and 9pm.

Name That Tune, which was a beloved musical game show in 1952, aired its latest reboot on FOX last January 6 with singer-actress Jane Krakowski as host and Randy Jackson as band leader. One contestant can win the grand prize of $100,000.

The Zoom reunion would have also included Simon Cowell, but he couldn’t make it for medical reasons.

Ryan punked Paula by airing a few old soundbites from Simon. Paula thought they were real!

“Happy that the three of us are together right now!” says Paula.

Randy joked Ryan, saying: “Paula and I are back on FOX! What are you doin’ man, c’mon over.”

Paula muses that during their days at American Idol, it was a magical time for them.

“The four of us, it was like magic. I still get to meet adult fans who gush about watching us on Idol when they were little kids!” Paula laughs.

Randy adds: “The magic that we guys had, that everybody tries to copy or emulate, it can’t be duplicated.”

Ryan recalled the pranks they pulled on each other: “It was literally fly by the seat of your pants sometimes, but that’s what was so fun.”

American Idol aired for 15 seasons (2002-2016) on FOX before it transferred to ABC/Disney. It’s still FOX’s highest rated entertainment series, even to this day.