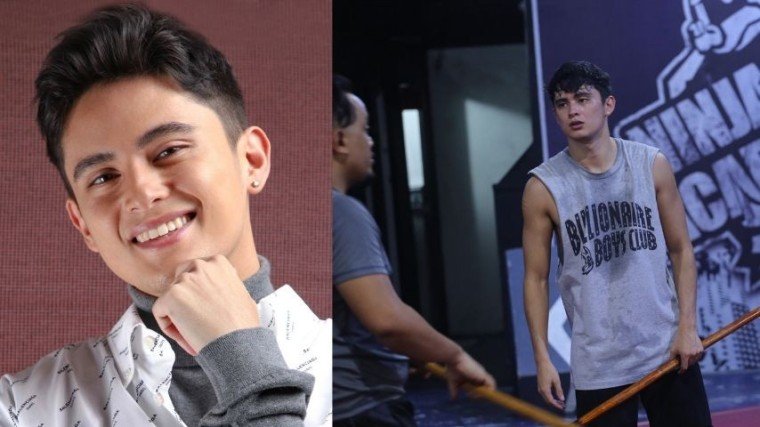 This may break the heart of James Reid’s fans but the handsome actor has just formally bid goodbye to what would have been his first full-length action-fantasy titular role as Pedro Penduko.

Viva Films, James’s home studio and the same company that is producing the iconic movie, released a statement Friday, May 31, saying that it “has accepted the withdrawal of James Reid from the movie Pedro Penduko.”

The official statement adds that James’s withdrawal from the project had something to do with his present medical conditon:  “James has spinal injuries and the film Pedro Penduko involves intensive training and major stunts.  His regular therapy and treatment prohibits him to train hard or perform for the rigid requirements.”

James, who has been training intensely in parkour, martial arts and martial arts weaponry since early last year, will instead do a reunion movie with his on-and-off-screen sweetheart, Nadine Lustre. The movie, called Spellbound, will be a Pinoy adaptation of the hit Korean movie of the same title.

“Viva Films regretfully announces that it has accepted the withdrawal of James Reid from the movie Pedro Penduko for medical reasons.

James has spinal injuries and the film Pedro Penduko involves intensive training and major stunts. His regular therapy and treatment prohibits him to train hard or perform for the rigid requirements.

James has spent over a year training and getting ready for this film and Viva truly appreciates his dedication and commitment to this project. Viva respects James decision and wishes him a speedy recovery.

In the works is a reunion movie with Nadine Lustre.  It will be a remake of the hit Korean movie, Spellbound.”

Pedro Penduko, the Pinoy superhero character created by National Artist for Literature Francisco V. Coching, has been adapted for films quite a number of times since 1954. But the modern-day take—which is to be directed by Treb Monteras (Respeto)—was based on Epik Studios’ comic of the same name. It would kickstart with a young Pinoy guy from the States who returns to the Philippines after his father’s mysterious death. He begins his adventures there.

Viva has yet to announce who will replace James for the role.