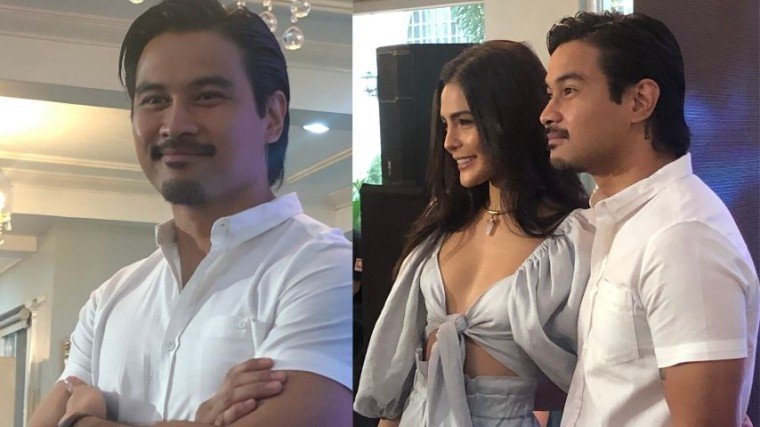 Brilliant actor Joem Bascon was already happy when he initially started in showbiz and landed in one supporting role after another.

He didn’t mind that at all. Portraying a wide array of supporting roles only honed his acting skills, making him flexible and versatile.

His hard work has paid off. His versatility gets noticed. And more than a decade after, Joem is now one that’s considered reliable.

His string of projects is a testament to that.

In fact, he is at his busiest right now. He’s part of the CinemaOne Originals’s Utopia and come December, he’s included in two official entriues: Culion and write about love.

And he has nothing but gratefulness for all these.

Now, Regal Entertainment’s The Annulment marks Joem’s first leading-actor status. And he says it gives him a different high.

In the film, he plays Sherwin, a loving husband to Lovi Poe’s Gari. Theirs is a sexually-charged and initially blissful marriage that gets threatened when life’s realities set in. In Sherwin’s case, it’s his inabilities outside the bedroom.

While slowly getting into the depths of The Annulment’s two main characters, Joem tells us what he has learned from the script, which he intend to apply in real life.

Though he is yet to get married, he says the movie taught him a thing or two about handling marital problems.

“Doing this film parang nape-prepare ako what I will do first before I get married,” he says smiling.

He goes on, relating things to his real-life setting: “Ako, in my case while in a relationship, I really try to fight and see what I can always do. Para makita ko what’s best para sa aming dalawa. At the same time I always think of my partner. I make sure same ang thinking namin. Ang communication namin maraming compromises na mag-meet dapat kami halfway. Kase makakasabay kami sa isa’t-isa, e.”

Taking the story of Sherwin and Gari to be an initial life lesson once he settles down, he adds: “Alam ko na kung ano ang mga iiwasan namin to make my marriage work pag dating ng araw.”

While he believes that in any relationship, married or not, not both partners can grow simultaneously, he also believes it can be remedied.

This now becomes an important part of their character study which Joem often discusses on the set with his leading lady, who is currently also in a relationship.

“Ito ’yong sinasabi ni Direk [Mac Alejandre] that he wants us to show in all our scenes together para masabi ng movie sa mga eksena naming na sa marriage, kapag hindi n’yo nare-realize na sex na lang ang meron, pero palayo naman kayo ng palayo from each other, that will be the start of the end.

The Annulment, directed by Mac Alejandre, is coming in cinemas November 13.