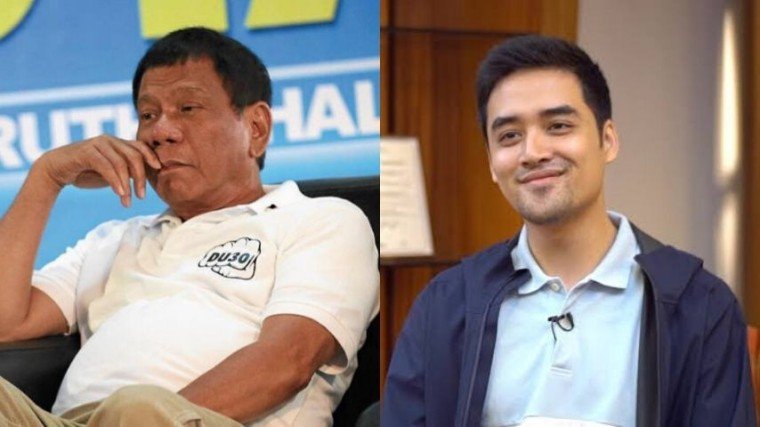 Duterte received mixed reaction from the public after his briefing last night.

President Rodrigo Duterte gave a warning to all local government officials who will go against the orders of the national government regarding the Luzon-wide enhanced community quarantine.

In a recorded statement broadcasted past midnight on Friday, March 20, Duterte said that local government units (LGUs) will face “administrative cases” if they did not follow the protocols and guidelines of the national government to combat the COVID-19 epidemic in the country..

The spread of the virus, he said, is considered to be an “emergency of national proportion” and it’s only inevitable that in this time of crisis the national government has the right to call the shots.

“At this time, let us make ourselves clear that we are not separate from a republic or from each other. There is only one republic here, the Republic of the Philippines, and therefore, you should abide by the directives of the national government when it sets…the directives...for the good of the country,” said the president in his speech.

He added, “I am ordering all LGUs that are doing this to stand down and to abide by the directives of the IATF, the task force (on coronavirus)…and those issued by the Office of the President.”

With the declaration of Luzon-wide enhanced community quarantine last March 17, every business was ordered to close down, jobs were suspended, and all public transportations were banned.

All these protocols were implemented to practice social distancing and according to the President, this will be the most effective way, for now, to prevent the virus from infecting more people.

“Do not try to overdo things or think that you can do what you want to do, because that is not allowed. We move in one direction precisely to place the contagion in control.”

The President ended his speech by asking everyone, especially the LGUs, to be united with the national government in fighting against the virus.

“Implement the lockdowns and save our people from the dreaded disease once and for all.”

After his briefing, the President received mixed reactions from the public. Some of them agreed with him; while some even accused him of being insecure of the Pasig City Mayor Vico Sotto.

Although the President did not drop names of any officials throughout his address, some Netizens think that he is pertaining and throwing shade to the Pasig City mayor.

Vico is making rounds online for implementing laudable precautionary measures to protect his constituents during this trying time.

Mayor Vico also recently made an appeal to the national government to allow tricycles to operate in order to serve health workers, patients, and other essential personnel that may be affected by the total suspension of public vehicles.

However, his request was immediately rejected by Cabinet Secretary Karlo Nograles since social distancing is strictly advised and it cannot be practiced when riding tricycles.

In a television interview he had last night, March 19, Mayor Vico then declared that tricycle operations will be totally suspended as per the national government’s order.

Duterte’s midnight speech did not sit in lightly to some. Hence, they raised their concerns and defended Vico on Twitter since last night.

Get this: Duterte tells officials NOT to “go beyond the standards” because they will face 'charges' but it is perfectly okay if these politicians 'fall short of their standards'?

Just say you are threatened by Vico Sotto's good governance and go.#ProtectVicoAtAllCost#Vivico

Tf is wrong with these officials going after Vico Sotto, a mayor who exerts his best and has done almost all possible effective solutions during his first term as a mayor — all of which you couldn't even achieve in decades????? #ProtectVicoAtAllCost

Stay in your lane Mayor @VicoSotto and flourish in it.

Don’t let outside pressures distract you from doing what is best for the people of Pasig. After all, you are accountable not to anybody else but only to them.

Where is the lie? If only you'll let LGUs do their job and just focus with your performance, then maybe, just maybe our condition will improve. #ProtectVicoAtAllCost pic.twitter.com/XE4yk6hED5

May we always remember this day:

Duterte addressed the nation at 1am, because he was threatened by Vico Sotto's leadership. Mayor Vico Sotto, on the other hand, gave the Filipinos hope for a brighter future.

WHEN A YOUNG BRILLIANT MIND TERRORIZES THE EGO OF AN OBSOLETE SENILE OLD MAN, let all our response be....

The National Government is still continuously castigating Mayor Vico Sotto. That's the clear manifestation of "They want you to do good, but not better than them."#ProtectVico #ProtectVicoAtAllCost

#ProtectVicoAtAllCost seemed to have triggered this late night streaming against him and other mayors doing the best they can https://t.co/HO8eNyyDX8