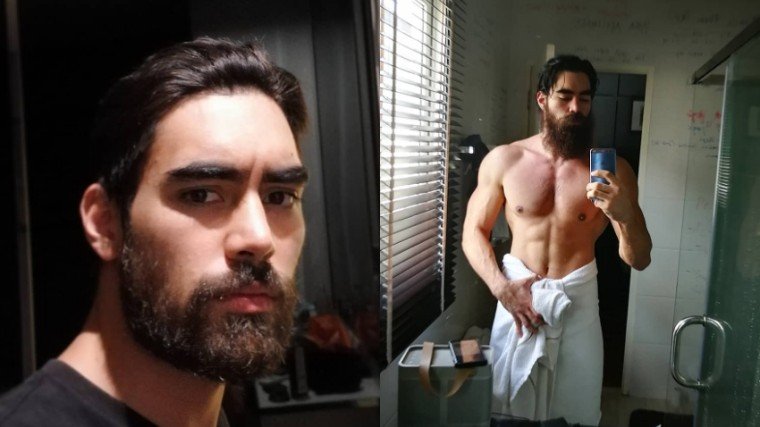 Actor-businessman Clint Bondad has become a recurring top-trending topic on Twitter as he keeps causing a stir on social media by regularly posting cryptic messages on his Instagram Stories.

He dropped his first post on July 12, just a few days after he switched back online after months of social media hiatus.

His message to Sam on the screenshot read:

“How about we have a little chat. Want to become my client?”

It was obvious that Sam did not bother to reply. At that point, the Netizens, who went busy screen-capturing and reposting his post, already call him “creepy.”

The following day, July 13, Clint posted a new screenshot of his follow-up message to Sam, where he talked about “rates for an unspecified service.

“Your rate shall increase after 5:30,” the Filipino-German model-actor said.

The Pinoy Big Brother alumnus Sam Milby did not bother to reply again.

Addressing no one directly this time, Clint shared messages such as:

“Nobody can judge me I know your dirty Little Secrets Too... well.”

“Careful who you go to bed With.”

Tweepple, or those who are Twitter users, could not help but react and concoct theories about his “creepy” IG Stories entry.

Some of these Netizens speculated that those messages were still about his ex-girlfriend, Catriona Gray and her new boyfriend, Sam Milby. They went as far as “decoding” Clint’s messages.

From Clint Bondad IG Stories
my boyfriend cracked the code and its fucking creepy.

H I - Hell, It's comfy here
D I E - Don't worry, I am, the Ex
Monalisa - Mon- My Catriona second name- Elisa pic.twitter.com/MRf5S2XPWf

Clint Bondad is this what you meant pic.twitter.com/oN7cWZ09RL

y'all telling me catriona was cheating on clint bondad with sam milby since 2018??!! i'm-- pic.twitter.com/E78ayAogoe

Others claimed that those messages were really intended for Cat and Sam especially after Clint posted anew: "re.pent.ance #666Communitydays4Sam" on his IG stories.

Clint’s next series of posts read:

He followed this up with another photo of the Mona Lisa and said:

“Because I push Yiu Beyon£d all Your Limits"

And then another follow-up post with another photo of the Mona Lisa with a text saying: “You're welcome.”

Because of what he posted on his IG stories, some Netizens accused Clint of being an attention seeker who still couldn't move on after his breakup with the Miss Universe 2018 titleholder.

But some fans decide to back him up by hinting that his actions were just results of his pent-up emotions from Cat’s alleged two-timing activity.

I wanna see how the story between Clint Bondad, Catriona Gray, and Sam Milby will unfold.

What if Clint is telling the truth? Or what if Catriona made the right decision by breaking up with him?

Don't judge someone until you know the full story.

I stand with Clint Bondad pic.twitter.com/3T8t2MEnE8

When Clint Bondad posted this to his IG story " Letter To My Ex, Thanks Ex" Damn my Heart Breaks into pieces💔. pic.twitter.com/N95EyrGmTl

You still don't know how to play the games & What you know is a drop, what you don't know is an ocean. pic.twitter.com/YnVLQ7Npcb

SO GUYS I THINK CLINT BONDAD IG STORIES IS ALL ABOUT HOW CAT AND SAM CHEATED HIM AND TINOTOLERATE PA NG MGA FRIENDS FVXKING DISGUTING.

It can be recalled that during her homecoming to the Philippines as Miss Universe 2018 winner in February 2019, Catriona revealed on Tonight With Boy Abunda that she and Clint went their separate ways.

Catriona was soon after linked romantically to Sam Milby. But both downplayed the rumors.

In May this year, during the quarantine period, Sam Milby finally confirmed his relationship with Catriona via his Instagram birthday post.

Meanwhile, some Netizens expressed either annoyance or concern with Clint’s recent unusual behavior. Some speculate that he may be suffering from depression and that he might seriously need medical help and attention.

Still, some Netizens think that Clint’s cryptic messages are not over yet. Thus, they all await for what’s next.

Clint Bondad countdown, to spill the tea ba to?👀 pic.twitter.com/GWSgEw86Kr

Am I the only one waiting? 😂 HAHAHA.

Clint was last seen on TV via the GMA-7  prime-time series Love You Two starring Jennylyn Mercado and Gabby Concepcion in 2019. 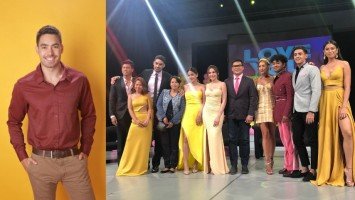 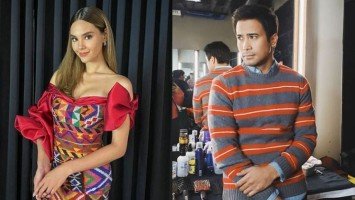