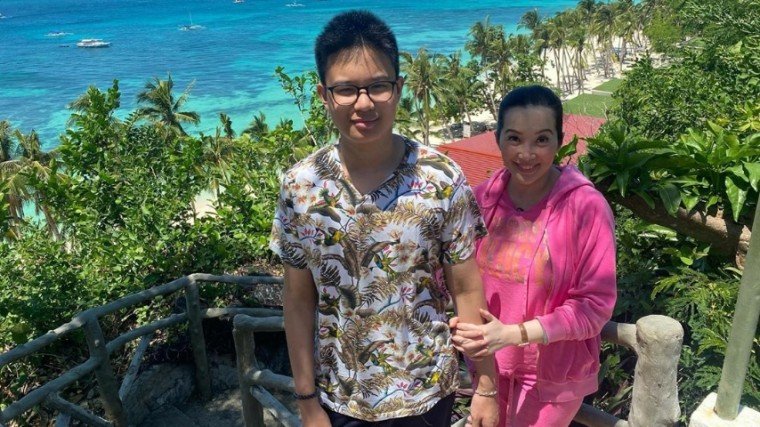 A 2017 clip of Kris Aquino and son Bimby talking about homophobia resurfaced on Twitter, with netizens praising the young boy about his mature mindset.

The scene where The Queen of All Media and her son, Bimby, were talking about bullying and how the former said life is not easy for her kids because they are always bashed on social media.

Bimby, then only 10, recalled one of the comments on social media.

"People think like I'm a homosexual," said Bimby, who is now 13.

Kris, instead of discussing Bimby's sexuality, made the discussion about homophobia.

"Don't be homophobic, right?" the talk show host and actress told Bimby, to which he agreed. "That's the whole message and whatever your choice in life is, that's your choice."

Bimby, then, questioned why bashers would judge a child.

"Why would you judge a child?" asked Bimby whose real name is James Carlos Aquino Yap, Jr. "[W]e're still learning about ourselves and puberty hasn't struck me yet."

Some netizens resurfaced the clip from three years ago, praising Kris' parenting style that contributed to Bimby's mindset.

i have a lot of reasons to not like kris but her parenting isn't one of them. im glad bimby's growing up the way he is but it should serve as a wake up call that despite the displayed maturity, he's still aware of all the unnecessary bullying he gets pic.twitter.com/Pd4OFlTXot

Me after seeing how kris aquino raised her son bimby so well, and how bimby become such a smart kid, like sana ako din 😿 pic.twitter.com/utmfd5xT1Z

you know, despite the bashing and the memes, grabe yung learning nung bata. I know we despise the Aquinos for the past historical even, but let’s give this to Kris, na she’s actually raising bimby right. https://t.co/FBOWO5uwtg

Do you know how many gay, lesbian, and trans lives have been saved here? With Kris teaching Bimby not to be homophobic, not only does it save other LGBTQ+ kids from taking away their own lives, but also lessens the chances of them being hurt or killed by due to homophobia. https://t.co/pMfaKFP1o3

imagine throwing alot of hate messages to kris aquino but little did somebody know SHE HAS A GOOD PARENTING TO BIMBY. KUDOS! pic.twitter.com/bEFPkqQUuf

Others applauded Bimby for having a mature way of thinking at such a young age.

Bimby, a 13-year-old-child, reacts to him being accused as a homosexual. Let us educate the kids to not be homophobic.pic.twitter.com/i2hzJEoxC0

Usually I hate it when news about Kris' kid hits my feed but this clip made me realize that Bimby is smarter than most kids--and adults like me, even. He's raised well.👍 https://t.co/B7pkdLGkY4

Bimby is a smart kid.

People, please educate yourselves about the spectrum of sexualities and gender identities. It is very important. And can we normalize teaching ourselves to be morally upright despite of the prevalent immoral acts in our society? https://t.co/bO26YvvcaK

Normally kids being bullied in person or in socmed ay nagkakaroon ng anxiety. Lovely how Bimby think this way.

Despite being a meme sensation, Kris' parenting is superb! Please teach your kids not to be homophobic!!! https://t.co/1r59yBNLBf

When the first time i watched this, nagulat ako kasi aware pala talaga si Bimby na he's being accused as gay:((( Then yung mindset nya in that age is just,,, https://t.co/ctX1QOlzvg

OHMYGOD WHY IS THIS KID AN INTELLECTUAL ALREADY AT SUCH A YOUNG AGE 🥺 https://t.co/ftxhSXQvru

Kris Aquino talks about her quarantine life in Puerto Galera 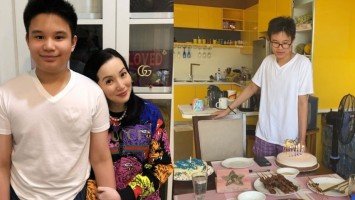 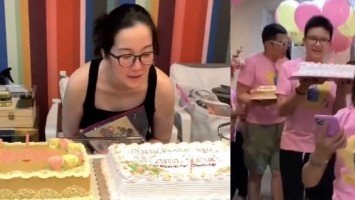