Nadine Lustre claps back at fan saying JaDine has broken up! 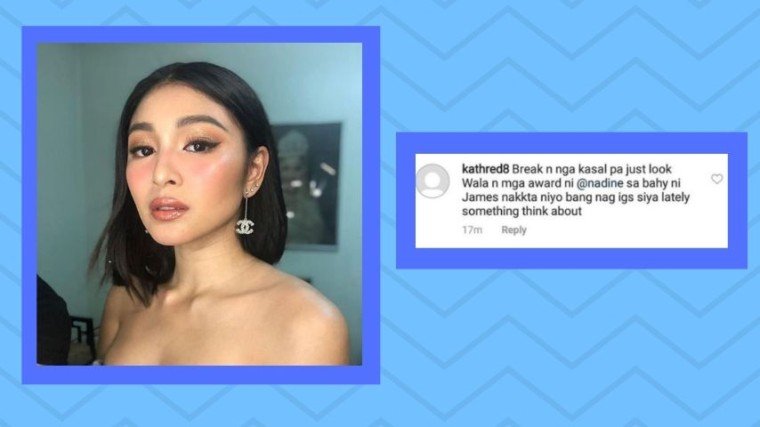 Nadine dresses down a netizen who spread rumors about breaking up with James Reid. Read the full story on what Nadine had to say about the rumor below!

She gave an example when a certain @kathred8 posted a comment on an Instagram post saying that her relationship with James Reid has already ended for the sole reason that her awards are no longer located in the Multimedia Prince’s home.

It is common knowledge that the JaDine tandem shares the same home and the actress once said her FAMAS Award for Best Actress, in particular, was placed in the living room where she can easily see it.

Nadine answered back to the comment, disproving the rumor by saying “uhm. Wtf are you talking about? 😂”

It is unknown which post the comment originated from, but the JaDine fan account @elites.elites posted the screenshot last night on their Instagram. JaDine fans were quick to react to the netizen who spread the rumor, praising Nadine for dressing the comment down.

As of today, the user @kathred8 has deactivated her account from the social media platform.