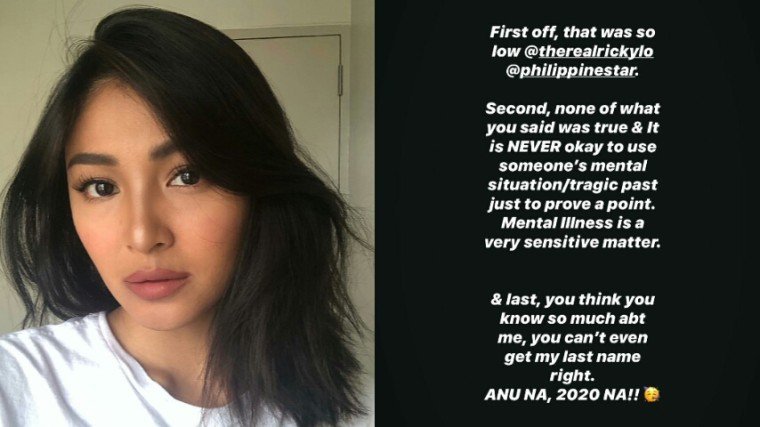 Nadine Lustre slams Ricky Lo for confirming break up with James Reid and mentioning her mental condition! Read more about it by scrolling down below!

After a week of being silent amidst trending rumors that she has broken up with James Reid, Nadine Lustre finally broke her silence on Sunday, January 5, while slamming entertainment columnist Ricky Lo for confirming such through his column.

"First off, that was so low," the actress said in an Instagram Story, tagging Lo and news publisher The Philippine Star.

Lo's column also mentioned Nadine's mental condition and the death of her brother, however, as of writing, The Philippine Star has edited out the said part in the online version of the article.

"Second, none of what you said was true and it is never okay to use someone’s mental situation/tragic past just to prove a point. Mental illness is a very sensitive matter." Nadine went on.

"James is handling the breakup with care to cushion the impact on Nadine who has admitted grappling with mental illness." Lo said in his column published last Saturday, January 4.

When the news about the break-up published, fans were quick on their feet to deny the claim, posting pictures of the powerhouse love team together on Christmas and New Year's Eve with their friends and families.

This is the first time Nadine has addressed rumors of the JaDine break-up.

Nadine and James have become a love team since 2014 but has only solidified their status as real-and-reel life partners last February 2016. 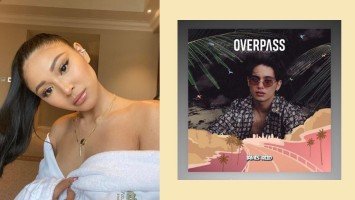 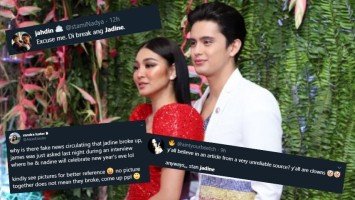