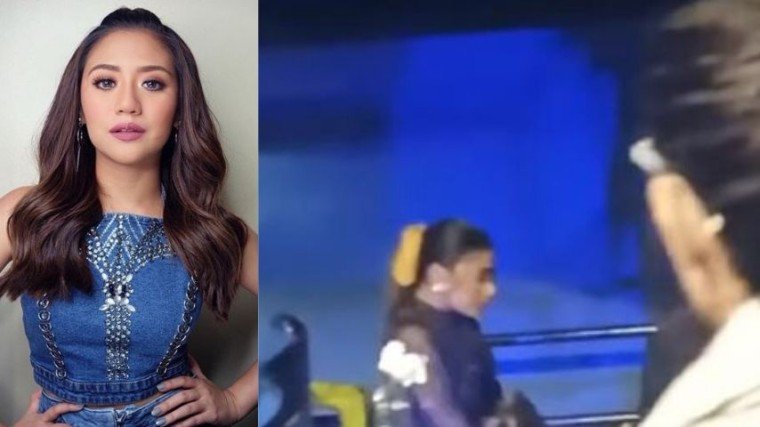 Videos of Morissette Amon walking out of a concert she was supposed to perform in made waves in the online world! Know more about this story by scrolling down below!

An incident that took place at the birthday concert of newbie singer Kiel Alo has been circulating around social media. Videos that were taken last night, November 6, at the Music Museum in San Juan, Metro Manila showed singer Morissette Amon walking out of the said concert where she was slated to be a guest performer.

The beginning of the video, taken and uploaded on social media by reporter Maricris Nicasio, featured talent manager and entertainment columnist Jobert Sucaldito explaining to the audience that Morissette will no longer be able to perform that night.

Jobert, who was the producer of Kiel’s birthday concert, was referring to David Casico, Morissette’s business manager. However, as the former The Voice of the Philippines Season 1 contestant got out backstage, instead of going on stage, she, along with her personal assistant, immediately walked towards the exit.

JOBERT AIRS HIS SIDE

As the concert closed its curtains, Jobert gathered the press for an interview wherein he revealed his side of the story on why the singer left for an “emergency” and was not able to fulfill her duties as a guest performer.

In front of the press, he revealed that minutes before the concert took place, Jobert pulled Morissette and Kiel aside for an interview with ABS-CBN reporter Mario Dumaual for a promo for the concert.

He described Morissette’s answer as very safe when it comes to answering about her reported conflict with her father who accused her boyfriend Dave Lamar of being a bad influence for his daughter.

This issue about Morissette and her dad grabbed the social media headlines last August 2019.

The radio host then told the press that Mario was not “out of bounds” when it comes to the interview and described it as simply a casual conversation.

As Mario left, as Jobert was watching something, he heard a bump from the wall coming from the other side of the room. When he came to check it out, he saw Morissette bumping her head against the wall while crying.

“I was thinking that everything was fine, as far as the show is concerned,” Jobert went on to the press. “Kasi, whatever little honorarium I have for my artist, binibigay ko na end of time. So, ngayon, hinila ako ni David.”

David then told Jobert that Morissette could not perform on the show out of devastation, feeling that she was “attacked” by the media who interviewed her before the concert, specifically the interview with Mario.

Jobert, shocked and all, was surprised because he saw no problem as the singer answered every question well during Mario’s interview. On a side note, he mentioned that Morissette wanted to perform early but did not allow her because she was the main guest performer.

“You have to apologize to the audience,” Jobert told Morissette’s business manager. “But, bring Morissette, if she cannot sing. Ipakita mo siya! I will call you in this particular portion after the boys’ production number, after the production number, mag-aannounce ako tapos pasok ka. Bring Morissette! Hindi niya kailangan magsalita kung ayaw niya magsalita! Ikaw magsalita with her there! Yumuko siya kung gusto niya for all I care, ’di ba?”

David tried his best to convince a crying Morissette to go on stage, but she declined.

He said he was hurt by what Morissette did, who did not go up on stage and opted to hurriedly walk towards the exit.

“You are an artist. You should know your priorities,” Jobert said. “Hindi ka naawa kay Kiel? Birthday concert ng anak ko ’to! Nasira ng dahil sa’yo! [...] Kung ikaw ay celebrity, if you are a professional, deal it decently. Nangyayari ’to eh. It happens to the best of us! [...] Kahit sabihin mo na libre ito o you get paid a million bucks, parehas lang ’yan eh. It is a commitment!”

Moments later, Jobert could not help but be in tears because of the incident. 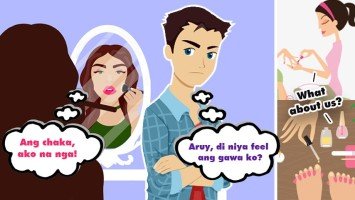 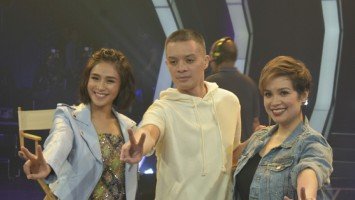