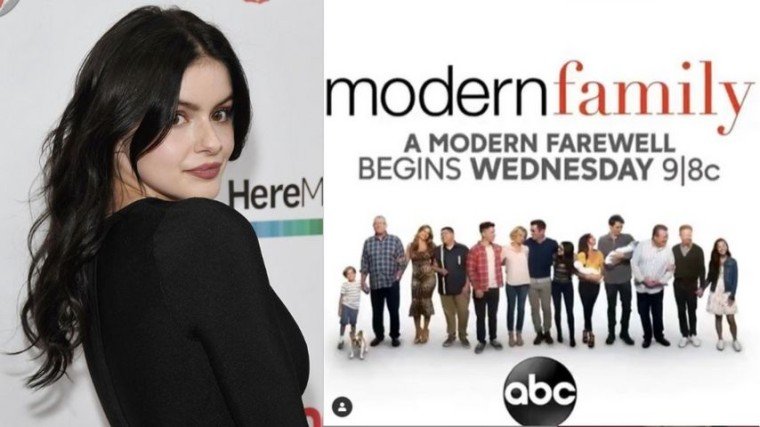 Naging thankful din si Ariel Winter sa financial security na binigay ng show sa kanilang lahat. Pero ang pinaka-importante raw ay ang professional experiences sa buhay na kanyang nakuha habang lumalaki sa set ng Modern Family. "I started playing Alex at age 11. I literally grew up with it and became the woman that I am today. It was a show that really dictated how my life has gone, and the importance of that is not forgotten one bit."

“I literally grew up with my Modern Family co-stars and I see them as my very own family. We are all so close, and I really can’t imagine what life will be like  after the show wraps and they move onto other projects.

“I love them, and I know we will all stay in touch, but it’s bittersweet. It won’t be the same not filming on set all the time like we've used to do for so many years.

"I have so many amazing memories from over the years and has some big things planned for the future, both personally and professionally. I know that all good things must come to an end but I can’t believe this is the end to such an amazing era that has consumed most of our lives. It will definitely be a time that I will cherish forever.”

"I started playing Alex at age 11. I literally grew up with it and became the woman that I am today. It was a show that really dictated how my life has gone, and the importance of that is not forgotten one bit."

Ayon pa sa TV mom ni Ariel na si Julie Bowen: “Ariel found herself during this period in her life and developed into the person she was always meant to be. She is so happy, confident, totally in love, and has never felt or looked better. She is moving forward with a feeling of contentment, gratitude, pride for what she has accomplished, and happiness.”

"She wants to bring her skills into more of a humanitarian place, working for a nonprofit or saving the world. We find her shivering in Antarctica, having signed on with an environmental concern, but she’s hating it. She tries the other side, a more corporate path, which pays her well and offers her a lifestyle she’s unaccustomed to, but there’s a bit of a conscience thing there.”