Iza Calzado was one of the reasons young actress Charlie Dizon's MMFF triumph as she was the one who introduced her to Fan Girl director Antoinette Jadaone.

Charlie Dizon wowed everyone when she clinched the award for Best Actress in a Leading Role for Fan Girl in the recently-concluded Gabi Ng Parangal of the 2020 Metro Manila Film Festival (MMFF) last Sunday, December 27.

She expressed gratitude to many for her victory, but singled out Iza Calzado, who was also a nominee in the same category for her role in Tagpuan, for acting as her bridge to Fan Girl director-screenwriter Antoinette Jadaone.

In an Instagram post the same date, Iza paid tribute to the young actress, saying how she was at bliss to see her shine in the dark coming-of-age film.

“I know we were nominated in the same category but I was really rooting for you,” Iza wrote. “I am beyond happy to see you win and thrilled that you mentioned me in your speech.”

She added that being Charlie's bridge to Jadaone gave her a sense of purpose.

"How amazing that God used me as an instrument to help you in your journey in becoming the Fan Girl," she went on. "You were destined for this @charliedizon_ mahal kita."

The film, starring Dizon and Avelino, is about a teenager who has an obsession with her all-time celebrity idol. 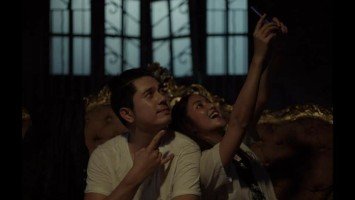 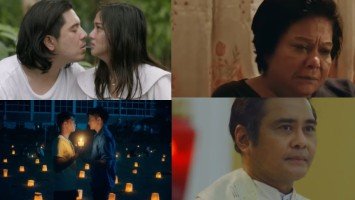