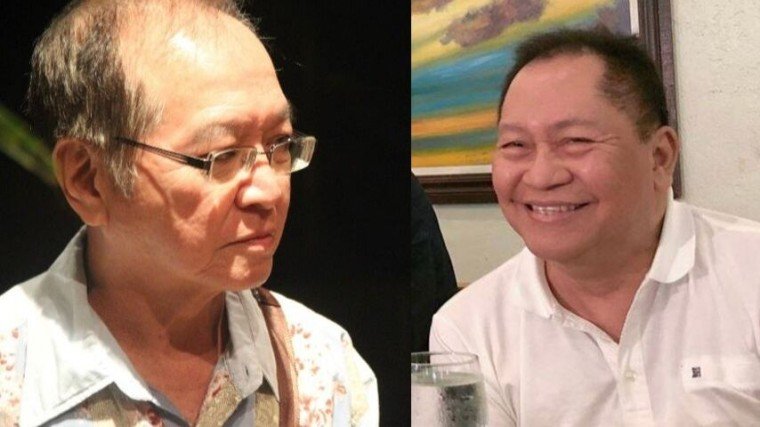 Direk Mel Chionglo (left) and Isah Red both passed on past 12 midnight today. A complete opposite, both of them share one thing in common: a deeply-rooted love for the showbiz industry.

The movie industry is in mourning once again at the passing of two of its loyal citizens—the amiable master director Mel Chionglo and the fiery movie columnist, Isah Red.

Both reportedly passed on at past 12 midnight today, September 21; Direk Mel of still unknown cause; while Isah of cardiac arrest.

The soft-spoken Direk Mel, who started as a classy production designer for the Mike de Leon classic, Itim, transitioned to film directing in the late 70s through Regal Films’ Playgirl starring Gina Alajar. Since then, he has given the industry one prestigious work after another.

Some of his remarkable films include Anak, Sinner or Saint, Dear Mama, Teenage Marriage, Company of Women, I want to Live, Dyesebel (which introduced Alice Dixson), and Lagarista (which gave Piolo Pascual his first lead role)

In the tribute article written by movie writer Mell Navarro—published in the souvenir program of the Philippine Movie Press Club’s Star Awards for Movies in 2016, the same year that the PMPC honored him with Lifetime Achievement Award—Direk Mel was asked about his directorial style, and the director Mell told his namesake:

In the 90s onwards, he helmed a series of titillating but sensible gay-themed movies namely Midnight Dancers (1994), Burlesk King (1999), and Twilight Dancers (2006) that made rounds in international film festivals.

But from among his well-crafted films, Lucia (1992) is said to be his favorite since it was passed on to him after the passing of its original director, his friend Lino Brocka. The same film also won Best Film at the London International Environmental Film Festival also in 1992.

But more than his unforgettable body of work, Direk Mel will be greatly missed for simple being one of the most benevolent souls in the whole entertainment industry.

Isah Red for his part, was know for his biting remarks and spicy commentaries. But beneath that hard-hitting facade was a loving soul and a thoughtful, loyal friend.

After retiring as lifestyle editor of the Manila Standard, Isah continued to write as a columists for publications such as the Daily Tribune and BOMBA Balita. He was also briefly the editor-in-chiel of the BG Showbiz Plus Magazine.

His most remarkable legacy was having founded the Society of Philippine Entertainment Editors (SPEEd). The editor’s group has been giving out the annual Eddys Awards (Editors’ Choice Awards) to film and TV achievers for three years now.

Details of their wake are yet to be announced.

Our condolences to their families.