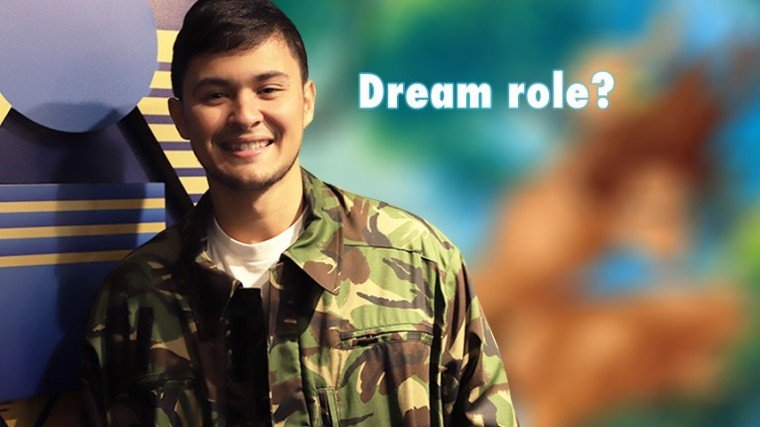 He's a singer, triathlete, and go-kart racer, but Matteo Guidicelli is best known for being an actor—and a good one at that. Since starting his showbiz career 12 years, ago, 28-year-old Matteo has headlined soaps such as Agua Bendita, My Binondo Girl, Dolce Amore, and Bagani - while racking up credits in the film circuit.

But the action-loving star has admitted that he has yet to play his dream role: Tarzan. Yes, Tarzan—the jungle-raised hero made popular in this generation by Disney.

Matteo, who used to watch the animated Disney film watching up, said that playing Tarzan would mean he gets to do all the things he loves, which center on one thing—adventure.

"My dream kasi is to do something really action. I love it e, I love the adventure, I love jumping off things, doing crazy stunts," he said during a recent press conference.

This shouldn't prove challenging for Matteo, who regularly takes part in fitness activities such as triathlons and hiking to maintain his health and good physique.

Matteo also believes that action is experiencing a rise in popularity again, with the genre being seen more and more in film and TV.

"I think [action] is starting again after Buy Bust and all this action stuff, more is coming out."

Buy Bust is a 2018 Philippine action film starring Anne Curtis. It was directed by Erik Matti and went on to become a commercial success.

If Matteo ever gets to play Tarzan, is he willing to go topless or wear Tarzan’s iconic costume—a bahag?