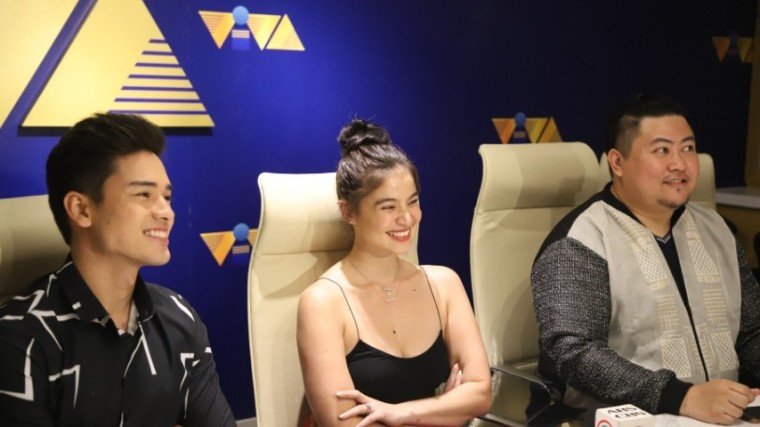 Marco transferred to Viva last September 2017 and he was given multiple projects which contributed a lot in his showbiz career, one of which was Aurora with Anne –an entry to MMFF 2018 that bagged several awards such as Best Visual Effect, Best Sound Design, Second Best Picture and Best Child Performer.

Direk JP said, “I’m glad to say that Marco is definitely a good addition sa roster ng Viva talents. He really has the potential to be one of the great and bankable leading men of Viva”

“He will really prove that in Just A Stranger”

Anne Curtis agreed to Direk JP, “I know people are thinking bakit si Marco? Syempre fresh pa and everything but you know what Direk and I were really talking about it.”

“Sino ba talagang bagay dito? When we first met for the initial meeting and we were thinking of names and throwing it out there and he was really amongst the names we were talking about”

The actor himself felt grateful and added that his role in this film is different from the roles that he did before.

“Actually, I’m so happy na ako napili to do the role and I’ll be working with Anne for the second time. First was with the Aurora and then now for Just A Stranger”

Anne Curtis hopes no one will pirate Just A Stranger