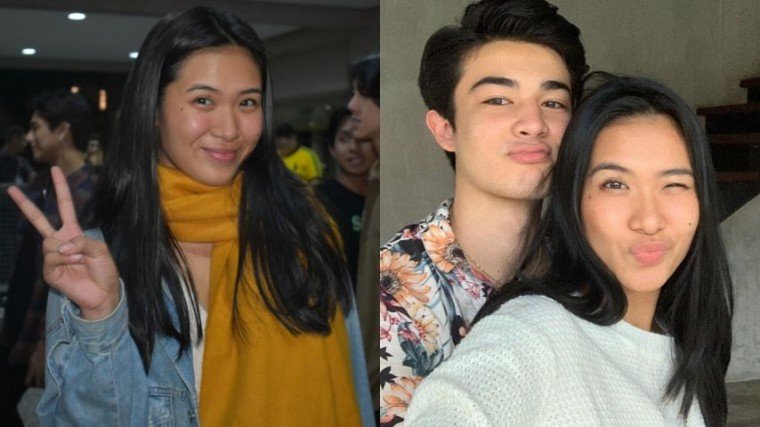 Lou Yanong happily recalls her Valentine's with boyfriend Andre Brouillette. Know more about it by scrolling down below!

Before the press preview of Tabing Ilog: The Musical, which took place at the Dolphy Theater last night, March 5, the press, including pikapika.ph, interviewed cast member and former Pinoy Big Brother (PBB) housemate Lou Yanong about how her Valentine’s Day went with boyfriend Andre Brouillette.

“’Yun nga sinasabi ko: every day is Araw ng Puso,” the actress-model said, before revealing Andre’s thoughts about people expecting him to surprise her. “Sabi niya ine-expect ng mga tao na may gawin siya, so, parang, gusto niya in his own time.”

Lou then revealed that a few days after Valentine’s Day, Andre kept on surprising her and showering her with many gifts and love gestures.

“Hindi lang siya isang araw. It’s a series of days,” Lou told the press, before showing them one of the many gifts Andre had given. “Meron nga siyang binigay na charm bracelet. Its symbol is the stars.”

Lou then said that she is always happy, especially with her relationship with the actor-model, then revealing that they will be celebrating their one-year anniversary this month of March.

It could be recalled that it was March of 2019 when Andre asked Lou to be his girlfriend when they were still housemates inside the PBB House, during an interview with Boy Abunda. The couple are part of the PBB: Otso Adult Big 4, along with Fumiya Sankai and Otso Big Winner Yamyam Gucong.

Beginning March 7, Lou will lend her acting chops in the musical adaptation of the teen drama series Tabing Ilog where she will give life to the character of Corrine, originally played by Desiree Del Valle. Lou will join fellow former PBB housemates, Star Hunt artists, and MNL48 members in the original cast of the adaptation, alongside veteran actors Agot Isidro and Jojit Lorenzo. 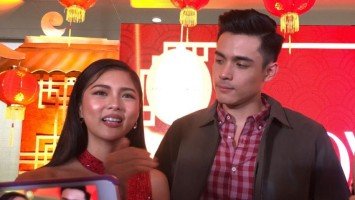 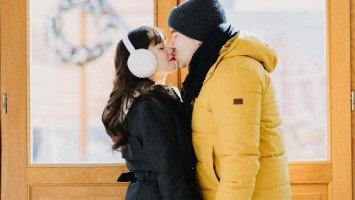