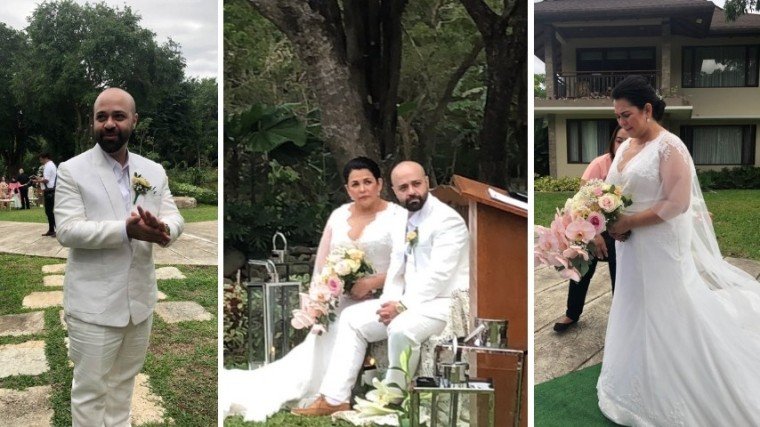 She and her boyfriend of six years, Fadi El Soury, are getting married today, December 17, at El Jardin de Zaida in San Juan, Batangas.

Fadi, a Lebanese businessman who has long been based in the Philippines, proposed to his actress girlfriend last July 15 at the Nature Wellness Village in Tagaytay City.

The couple will celebrate their 7th year together on January 17.

The bride was walked down the aisle by her father Boyet and son Diego. Her daughters Janine, Maxine, and Jessica served as bridesmaids alongside Lotlot’s sister Matet.

In 1989, Lotlot wed her then-screen-partner Ramon Christopher “Monching” de Leon, but eventually split from him in 2008. They have four children:  Diego, Jessica, Maxine, and Janine, who is now an actress under GMA 7.