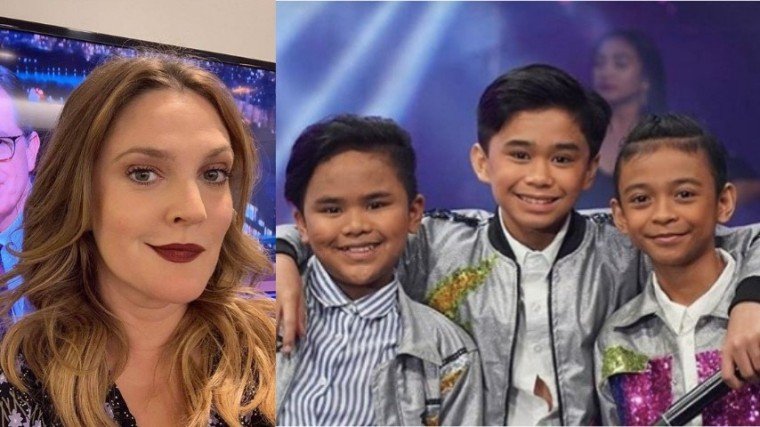 The phenomenal TNT boys will represent the Philippines as one of the contestants in the newest international competition called The World’s Best produced by CBS network.

Drew Barrymore shared on Instagram a sneak peek of the said competition featuring the TNT boys as she is one of the celebrity judges along with RuPaul Charles and Faith Hill while James Corden as the host.

She wrote, “I’m thrilled to be a judge on @theworldsbestcbs alongside @faithhill
@rupaulofficial and our fearless leader @j_corden ! This show is overflowing with talent from around the world. Here’s a sneak peek exclusive clip of what’s to come - I can’t wait for you all to see it!!!! Airing after the Super Bowl on Feb. 3rd @cbstv.

In the video, Drew can’t hide her astonishment towards the TNT boys comprised of Francis Concepcion, Mackie Empuerto, and Keifer Sanchez.

“You know I have a soft spot for kids, I was a kid performer but I have kids now. This is a whole other thing!”

“You possessed a gift, you’re just that good!”

The TNT boys used the same platform to thank the actress and expressed how excited they are in the upcoming international competition.