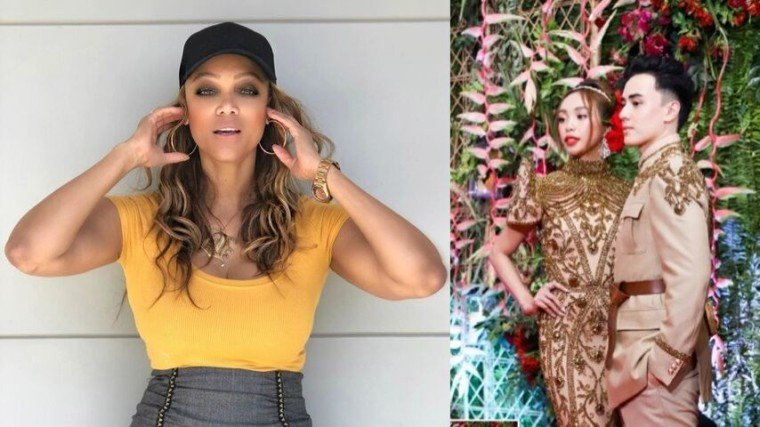 As of writing, the Twitter world has gone ablaze with the hashtag #MaymayEntrata claiming the second spot on the trending topics. 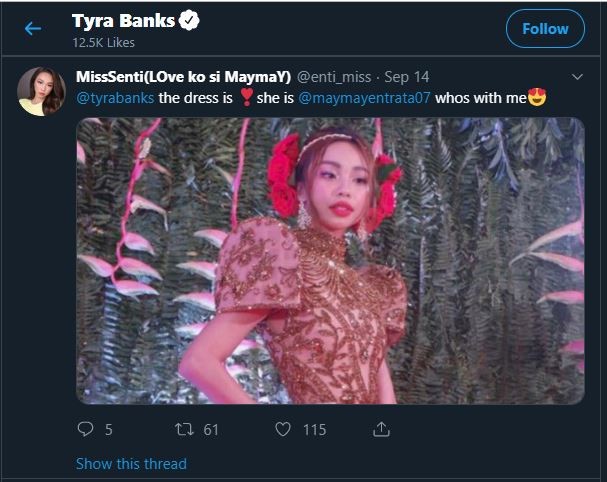 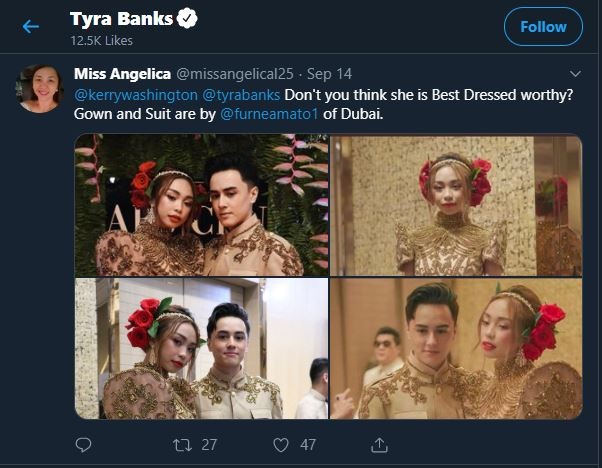 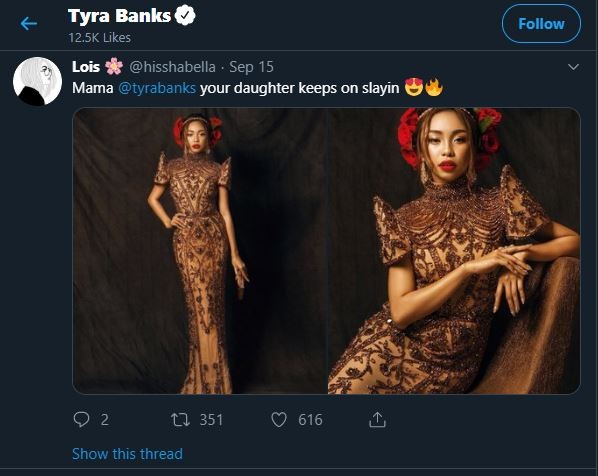 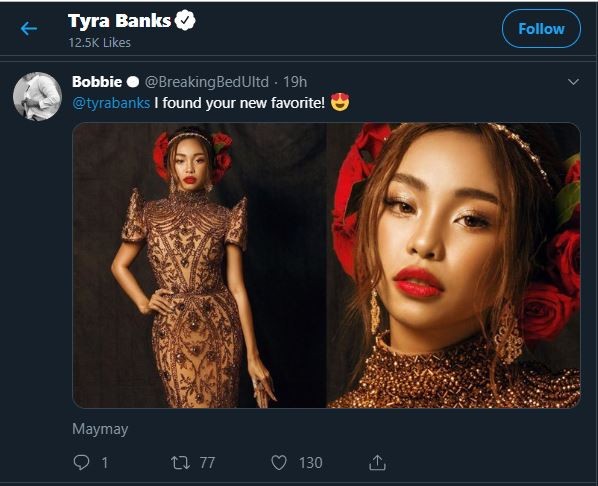 Meanwhile, Maymay also took to Instagram stories to thank her fans and Tyra for showing interest in her overall look in the recently-concluded ball.

The young actress wore an ensemble beautifully created by Furne One, a Dubai-based much-awarded creative designer. And she transformed into a modern Filipiniana through the magical hands of her make-up artist Owen Sarmiento and her great team of stylists TEAMRAINXEM. 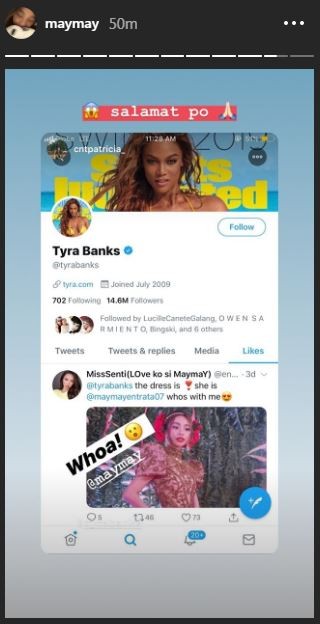 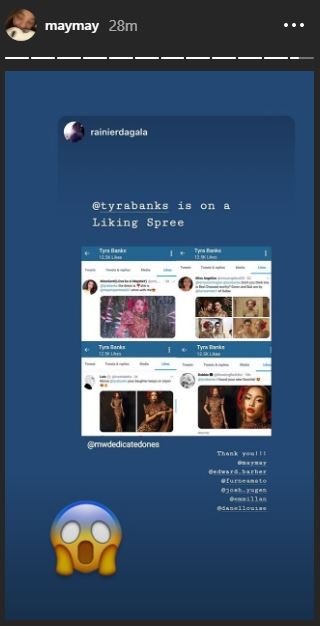 It’s safe to say that Tyra is a fan of the 22-year-old star because this is not the first time that the America’s Next Top Model creator raved about Maymay’s look and modelling skills.

Even before, Tyra was on a liking spree on Twitter when a video of Maymay working the runway during the Bench Fashion Week last year surfaced the internet. 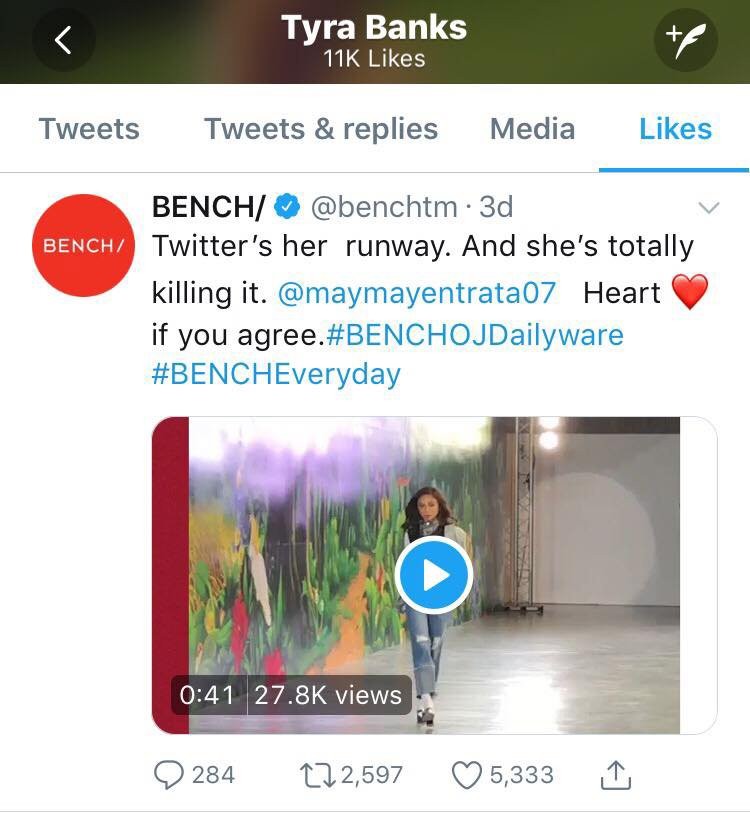 She also approved Maymay’s look by liking photos of Maymay all-glammed up which was taken from Star Magic Ball back in 2017. 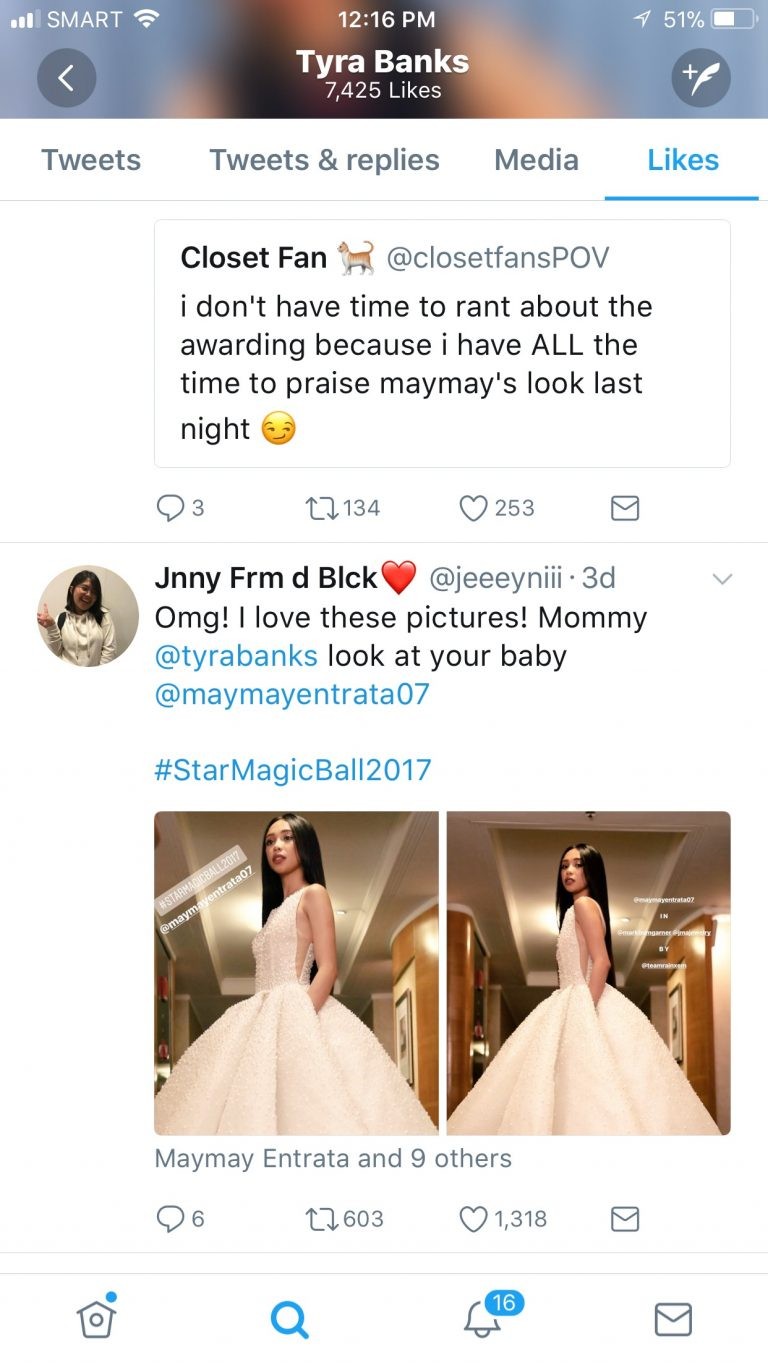 Considering that Tyra is a renowned supermodel who has slayed multiple runways, fans of Maymay were totally on cloud nine knowing their celebrity idol got Tyra’s approval. 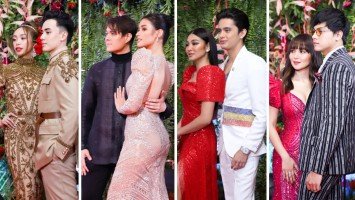 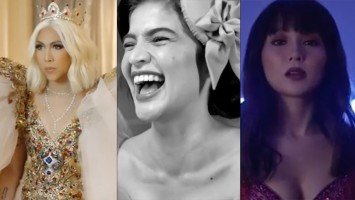