LOOK: LizQuen, MayWard, LoiNie, KyCine and KimXi pen sweet messages to each other after ABS-CBN Ball! 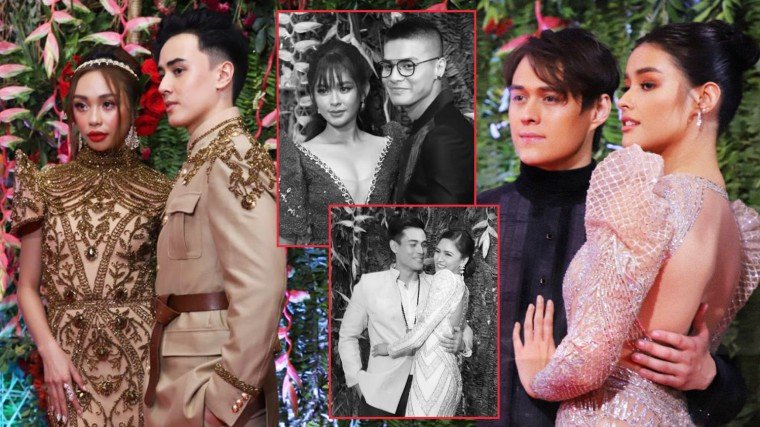 Loveteams at the ABS-CBN Ball turned heads and captured more hearts with their sweet messages to each other!

The kilig doesn’t stop at the red carpet of the recently-concluded ABS-CBN Ball. Your favorite celebrity loveteams made waves even in the online world when they posted post-ball sweet messages to each other on their respective Instagram accounts.

LizQuen, MayWard, LoiNie, KyCine, and KimXi just made their fans the happiest by just the mere act of exchanging touching messages after attending the said ball. And we couldn’t agree more!

For your daily dose of kilig and happiness, scroll down below to read these loveteams’ short but sweet messages for each other!

Liza Soberano, after slaying the red carpet, penned a heartfelt message to her beau Enrique Gil.

She wrote on her Instagram post, “This is my 6th ball with you but it still feels like the first time. I’m still so excited (and nervous) to walk down the red carpet by your side. You still make my heart flutter every time you surprise me with a bouquet of flowers before all chaos and i’m still deeply, madly in love with your beautiful brown eyes whenever you look at me. I love you! Thank you for being the best partner ever. I wouldn’t have it any other way. ❤️ #ABSCBNBall2019.”

Enrique, for his part, took his time to show off his stunning ABS-CBN Ball date by posting a photo before they graced the event. And the photo was captioned: “My Ride or Die for Life ❤️ From day 1 till im gone, I’ll always have your back baby. But Seriously tho I’m the Luckiest Guy Ever 😉”

Maymay Entrata, who looked like a Goddess at the Ball, called Edward Barber her Heneral, in return, Edward claimed that Maymay is his Senyora. How sweet, right?

Even if they just called each other meaningful names, fans instantly went gaga about their new term of endearment!

Our third sweetheart on the list, Loisa Andalio and Ronnie Alonte, also captured our hearts not only with their dazzling outfits but with their IG posts as well.

Loisa posted a solo photo of Ronnie on her feed with the caption: “ang gwapo naman ng mister ko 😍.”

Meanwhile, Ronnie uploaded a photo of Loisa walking down the red carpet with a huge smile on her face. And Ronnie’s hilarious caption was: “Dyos ko po beh! 🔥❤️.”

Kadenang Ginto on-screen partners Kyle Echarri and Francine Diaz’s first-ever ABS-CBN Ball together was made more memorable after they thanked each other via Instagram post.

Francine posted a series of photos with Kyle which was taken all throughout the ball. There, she wrote, “Thank you for being my Juanito at the ball #ABSCBNBall2019 ❤️.”

Kyle, on the other hand, was quick to reply on the comment section, writing, “And Thank You for being my Princess 💜.” And as of writing Kyle’s comment already reached almost 8000 likes!!

Indeed, these two considered this year’s ball as one for the books—from Kyle’s surprise Ball proposal and finally attending the event in their amazing Filipiniana garbs.

And last but not the least, real life couple Kim Chiu and Xian Lim just made our hearts flutter with their lovely messages to each other.

Kim considered that her “night is not complete” at the ABS-CBN Ball without Xian slaying the red carpet with her.

Her full caption read: “night is not complete without you. ❤️✨. no words just #thankyou 🥂 @xianlimm second time we didn’t plan our outfits but its matchymatchy!😅 #abscbnball2019.”

Xian, for his part, revealed that it was already their eight time going to the ball but he always finds himself being captivated with Kim’s beauty! So adorbs!

He wrote on his IG post, “the year going to the ball with you @chinitaprincess You look beautiful and amazing as always! ❤️.” 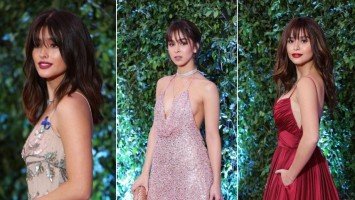 This was the hottest hairstyle at the ABS-CBN Ball 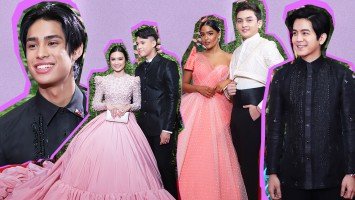