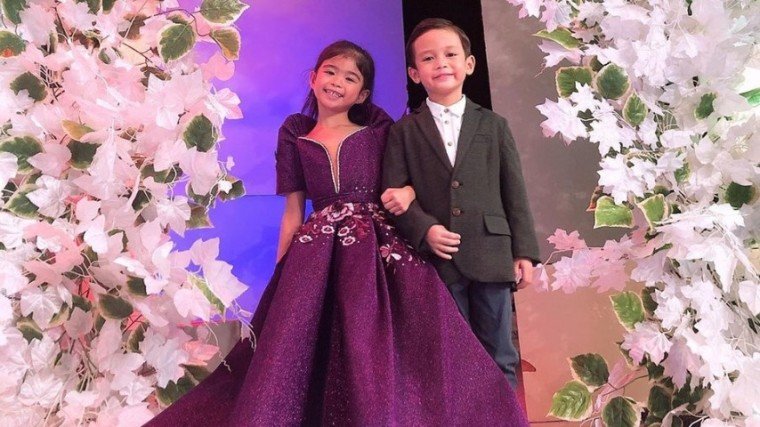 It's May, and while summer is already giving way to the rainy season, there's still plenty of exciting things to see and do. One of these things is the Santacruzan, the annual parade of beauties commemorating Queen Helena (also known as Reyna Elena) and her quest to find the cross on which Jesus was crucified.

These days, the Santacruzan is still widely practiced all over the country—and everyone, young and old, can participate in the tradition. That's why Magandang Buhay hosts Jolina Magdangal and Melai Cantiveros didn't pass up the opportunity to teach their kids Pele and Mela about the Santacruzan—by dressing them up in the cutest sagala outfits!

Melai's panganay Mela donned a voluminous purple Filipiniana gown befitting of any sagala beauty, while Jolina's unico hijo Pele served as her escort. The cute pair guested on the special Santacruzan-themed episode of Magandang Buhay alongside guests like Heaven Peralejo, Jane Oineza, and Ivana Alawi, who were also dressed in sagala finery.

Aren't Mela and Pele the cutest? 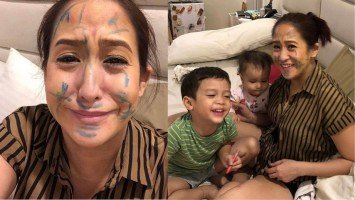