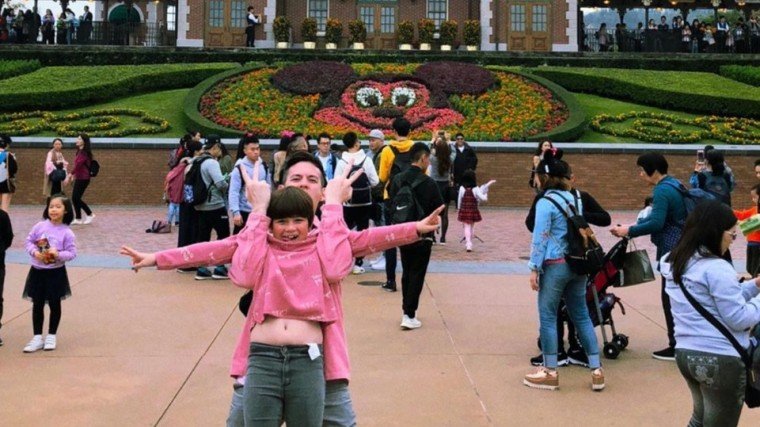 Jake Ejercito and his daughter Ellie are having a blast in Hong Kong!

The father and daughter duo visited both two popular theme parks: Hong Kong Disneyland and Ocean Park Hong Kong, both of which are known for thrilling attractions and family-friendly rides.

On his Instagram account @unoemilio, Jake shared several snaps from his excursion with Ellie, whom he described as a great travel partner.

Jake wrote: "Ignoring the number of times she chose to eat in McDonald’s and forced me to finish her leftovers, I think I’ve found me an A+ #1 travel buddy."

The pair wore matching pink outfits during their Disneyland trip, where they met with Mickey Mouse and enjoyed sweet treats.

Ellie, sporting a new haircut, also beamed with joy as she rode the Ocean Park cable car with her dad.

Though separated, Jake and Andi have an agreement to be the best parents they can be to Ellie—which means that the 7-year-old spends half of her time with her mom and the other half with her dad.

Ellie will also become an ate soon, as Andi recently announced that she is pregnant with her second baby—her first with her current boyfriend, surfing champion Philmar Alipayo.

Andi Eigenmann: Hopeful for the future