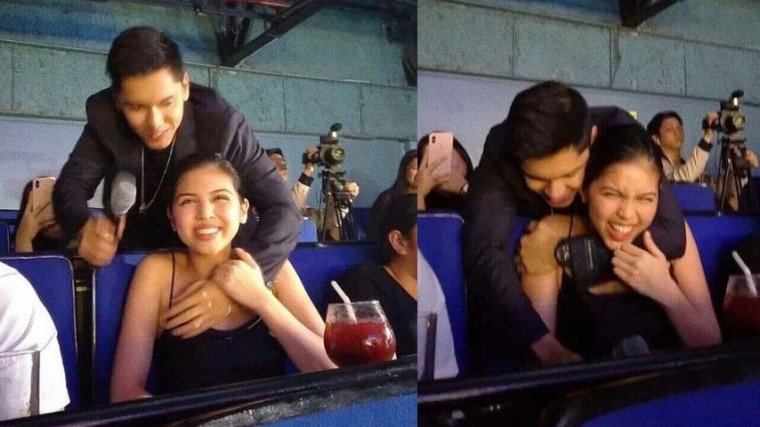 Photos and videos of Carlo’s sweet gesture to Maine surfaced the internet over the weekend. And their fans, can’t get enough of the newest on-screen tandem that is surely something to watch out for.

In one of the videos posted online by fans, Carlo appeared approaching Maine’s seat in the audience. They then took pictures together and Carlo even invited the Eat Bulaga host to sing with him. To which, Maine jokingly replied, “Sapakin kita.”

It’s no surprise that Maine was present at the said concert to show support for her future leading man.

As reported, Carlo and Maine are set to star in a modern romantic comedy film dubbed “Isa Pa With Feelings” that will be directed by Prime Cruz and will be produced under ABS-CBN’s subsidiary, Black Sheep. The refreshing pair-up from rival networks was announced two months ago.

The unexpected friendship of the two seemingly started when they began filming their upcoming movie together.

See more of Maine's photos at the concert below: