Liza Soberano recalls being called into Mr. M's office because of her make-up; Enrique Gil recounts first audition with the Star Magic head 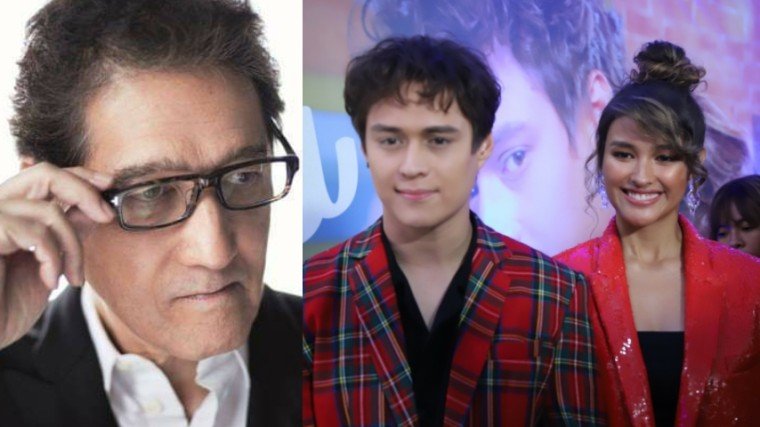 In celebration of Johnny "Mr. M" Manahan's 50 years in the entertainment industry, LizQuen recalled their fondest memories with the Star Magic head.

It was last Saturday, October 3, when a number of Star Magic artists came together for a digital get-together to honor Star Magic chairman emeritus Johnny "Mr. M" Manahan and his 50 years working for the entertainment industry.

It’s a golden celebration for the Man behind the Magic! Join us as we honor Mr. M’s 50 magical years in the entertainment industry, with special participation of some of the best in the industry today. See you later at 8:30 PM, only in Kumu.

Stars like Jericho Rosales, Enchong Dee, Dimples Romana, Maja Salvador, Maymay Entrata, and Jake Cuenca talked about their fond memories with the entertainment pillar and the lessons they picked up under his tutelage.

"So, I started with Star Magic when I was 13-years-old," Liza said. "Siyempre, 'pag bagong artista ka pa lang you want to experience a lot of things other artistas were doing."

That is why when it came to make-up, Liza and her make-up team always went all the way during her appearances in the variety show ASAP instead of going for a more simplified look, as Liza thought that was always the case for celebrities.

Because of her overly-done make-up looks, Liza was called by Mr. M in his office, to which ASAP artists likened to going to the "principal's office."

"He also taught me to love myself. That's what I picked up from Mr. M," she added.

For Enrique, his best memory with Mr. M was during one of his first auditions for Star Magic, to which the actor recalled he did alongside theater actors.

Enter Mr. M, who the theater actors were in awe and nervous upon seeing him, as Enrique recalled. He was silent, just pointing at whoever he deems worthy of being a star.

When he began asking who can sing, dance, and act, all the actors raised their hands aside from Enrique. Enrique not having these three talents caught the attention of Mr. M, who pulled him aside for a conversation.

After asking for his name, Mr. M then asked the then-aspiring star: "'Di ka marunong sumayaw? You can't sing? You can't act? You can't do anything?"

"You want to be an artista?" Mr. M asked

And the rest was history. Now, Liza and Enrique are one of the biggest names in showbiz, starring in tons of blockbuster films and highest-rating teleseryes and being one of the most popular love teams in the Philippines.

Watch the full video of Star Magic artists and employees paying homage to Mr. M below! 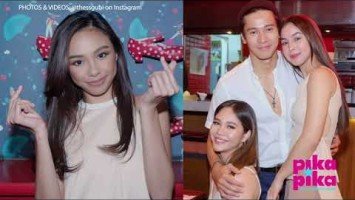 Star Magic's Mr. M just had the most star-studded birthday 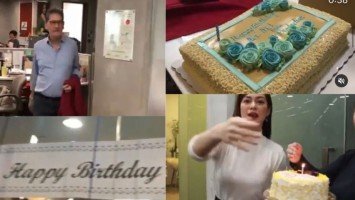