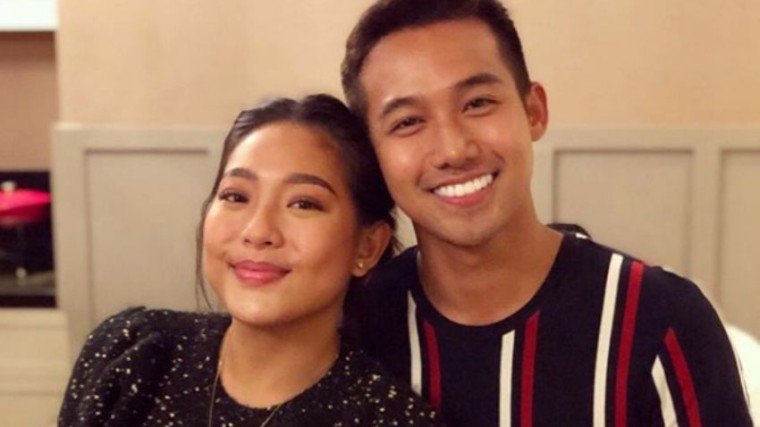 GMA-7 primetime stars Ken Chan and Rita Daniela flaunted "kilig moment" on social media yesterday while they were inside a hospital.

On November 6, Ken posted a sweet photo of him and Rita, who was wearing a hospital gown, in his Instagram. It’s apparent that Rita was a patient—for which illness Ken did not mention—and Ken was her caring visitor.

Get-well-soon wishes for the singer-actress flooded the comment’s section soon after Ken posted the photo.  And fan messages also included well wishes for their loveteam.

The two Kapuso actors first teamed up in the afternoon series My Special Tatay last year with Ken playing as Boyet, a lad with mild austim; while Rita was his love interest Aubrey.

The success of their first TV series was due to their unexpected natural chemistry. And it opened another TV project for them, the light and funny GMA News and Public Affairs-produced series, One of the Baes, which is presently airing in the Kapuso network.

In the series, Rita plays Jowa Biglangdapa, a cheerful lass who dreams of being a ship captain someday; while Ken portrays Grant Altamirano, an environmental vlogger and a maritime student from an affluent family.

Ken and Rita, the Power Tandem Awardee at the 2019 Star Awards for Television, also serve as “the journey” segment hosts of the reality singing competition,The Cash, which airs every weekend.