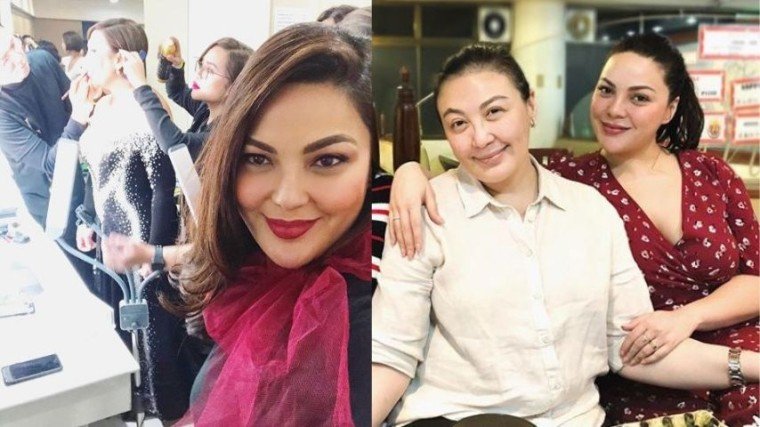 KC Concepcion thanks her mother Sharon Cuneta for exposing her to the world of performing. Find out more by scrolling down below!

KC Concepcion reminisced her childhood days when she was backstage at the ICONIC concert of her mother, Megastar Sharon Cuneta, and Asia’s Songbird, Regine Velasquez.

On Instagram, the actress-singer posted a selfie of her with Sharon in the background being dolled up right before the concert held last October 18 and 19 at the Araneta Coliseum. Moments like that reminded her of days growing up, seeing her mother being made up and preparing backstage before performing her heart out in front of thousands of fans.

“This moment reminds me of my whole childhood. 🎤 How I grew up joining my mother on concert tours, watching her perform,” she began her post. “I would see her getting all dolled up, preparing backstage and finally stepping on stage to perform with her heart and soul.”

“I love this version of her,” she added. “The music. The lights, the costumes, the makeup, the singing, the performing, the bands, the backup singers, audiences, speakers, lights, the stage, production, everything. The craft. All different genres of music. I grew up around it all.”

KC then expressed her gratitude that she gets to witness her mother’s musical version until today, which was the reason that moved her to begin performing.

“Thank you mama for exposing me to this wonderful world from birth. My first idol, my first influence. It is and forever will be a big part of me,” she went on. “You’ve placed music, and this industry you love, in my own heart and soul. It is no wonder that I grew in me a love for this world, this work and this craft.”

Just like her mother, KC also dabbles both in acting and singing. She appeared in numerous television series, films, and stage productions while having two studio albums. She is also a television host and an entrepreneur, the latter with her jewelry business Avec Moi by Kristina.

“You’ve taught me the value of loving our job and working hard,” she said. “ I know true dedication is in constantly building and growing, getting up and to just keep going even when people don’t always see the process. I learned from you. And you have touched people’s lives through this, which inspires me the most. 🎵🖤💥 #ICONIC #TheKCDiaries” 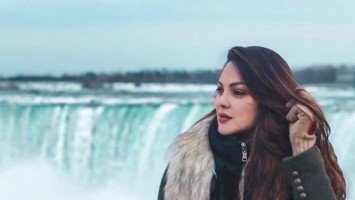 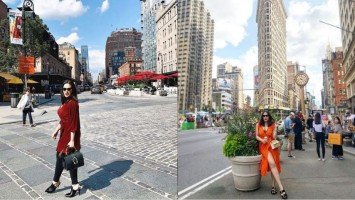