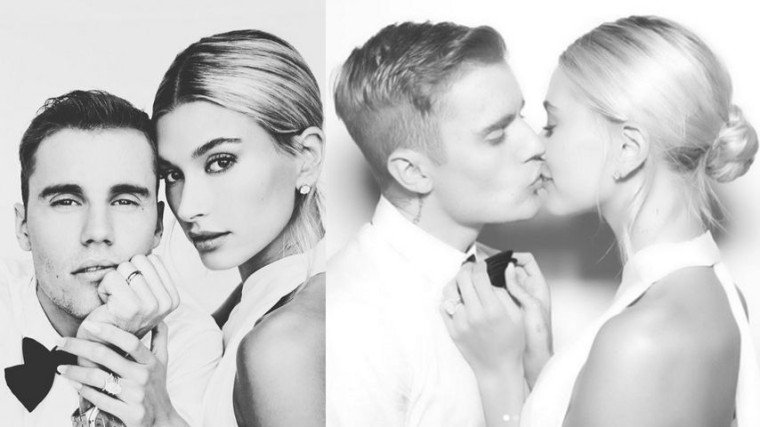 Last October 2, pinost nila ang photo nila with the caption: “My bride is 🔥.”

In one pic, Justin and Hailey are kissing as she adjusts his bowtie. In the second one, Hailey has her arm wrapped around Justin’s neck as she sticks her tongue out.

The pics were marked with their wedding date and family name, “The Biebers September 30, 2019.”

“Hailey is mostly involved in the planning. Justin lets her take the lead. He jokes that life is better when Hailey is in charge.

"Justin gave his input during planning, but really, all he had to do is show up. He already feels married, so this is just a party.”

According to People: "There’s no real rush. They’re already legally married, but they’re very excited about throwing a celebration with their loved ones.”

“Was gonna wait a while to say anything but word travels fast, listen plain and simple Hailey I am soooo in love with everything about you!
"My heart is COMPLETELY and FULLY YOURS and I will ALWAYS put you first! You are the love of my life Hailey Baldwin and I wouldn’t want to spend it with anybody else. You make me so much better and we compliment each other so well!!”

It has been reported that the pair spent more than $500,000 on their wedding.

The wedding celebration came a year after Justin and Hailey legally married at a courthouse in New York City.

Pika's Pick: Jaya’s first born Sabriya just turned 14 and her mom could not...