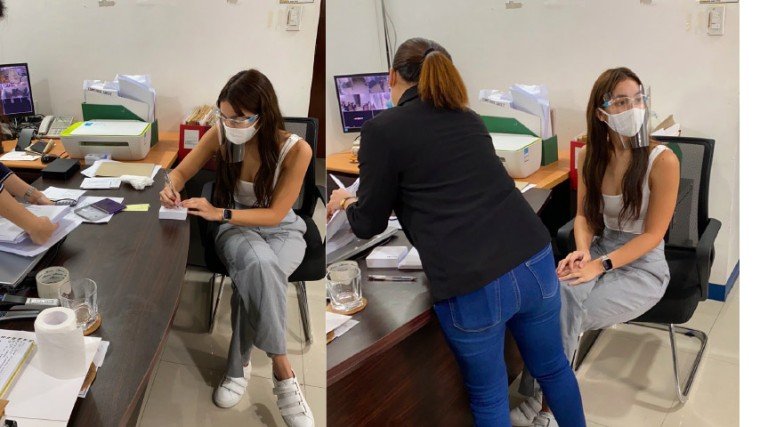 After being a victim of a false pregnancy rumor announced by Jay Sonza, Julia Barretto has decided to file a formal complaint at the NBI (National Bureau of Investigation) today, September 25, against the former broadcaster for his actions.

Together with her mom, Marjorie Barretto, Julia went to the NBI office in Manila at 11:40 earlier today to file a cyber libel complaint against Sonza.

“I am pursuing this case because the statements made by Mr. Sonza are untrue and irresponsible. The widespread reposting of the news based on his post caused distress to me and my family. I don't want to take this matter lightly. Mr. Sonza, and all those who publish these reckless and baseless posts, must be held accountable for their actions so that they think twice before claiming things as fact,” says Julia Barretto in a statement sent to pikapika.ph.

It could be recalled that Sonza, in a now-deleted Facebook post, claimed Julia was impregnated by actor Gerald Anderson during the period of the lockdown. 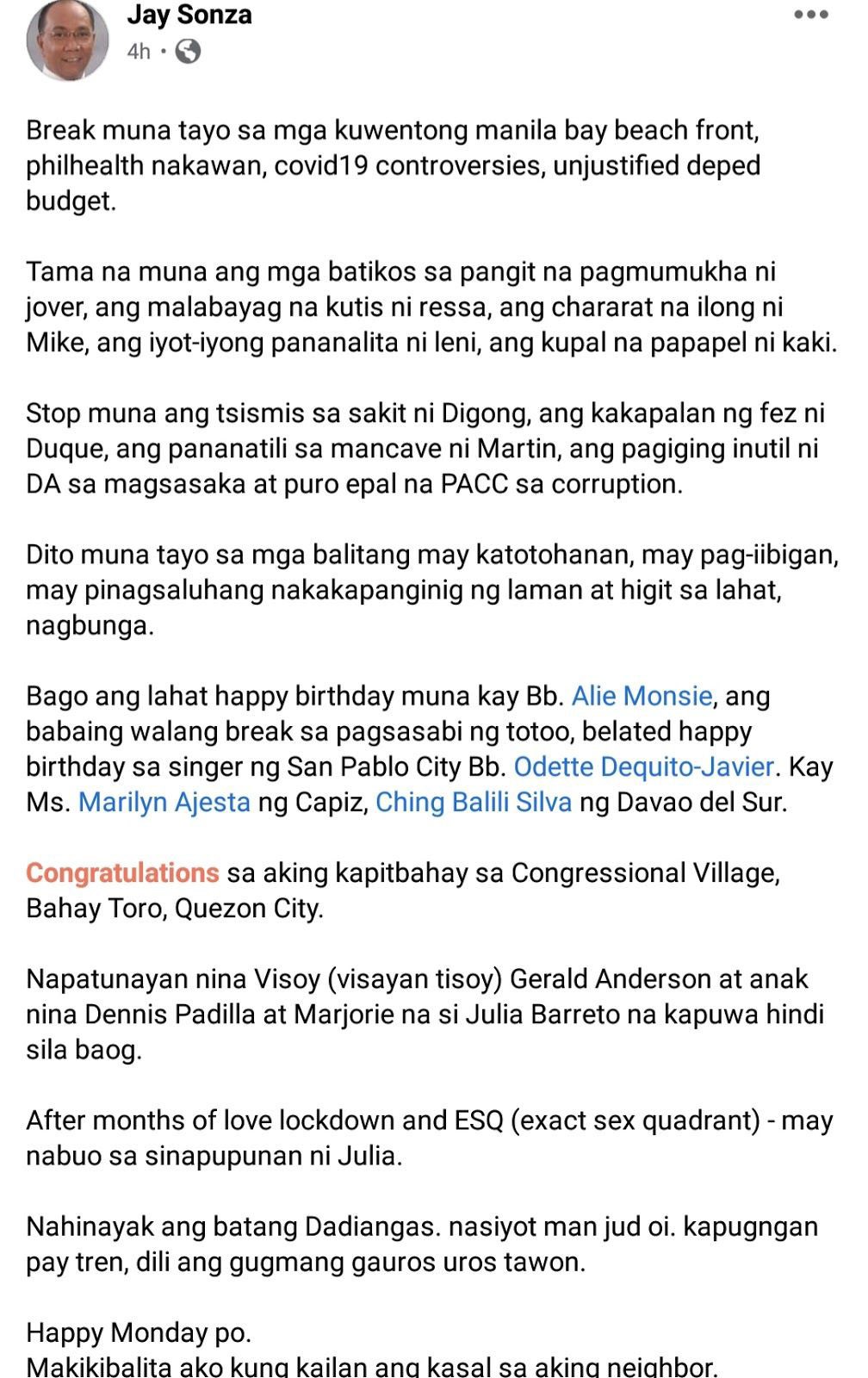 Amidst the speculations, Julia posted a photo of herself on Instagram, flaunting her well-toned abs with the photo’s caption saying “FAKE NEWS” accompanied by a smile emoji.

Gerald, on the other hand, laughed off the news on his Instagram Story, congratulating himself, in jest. 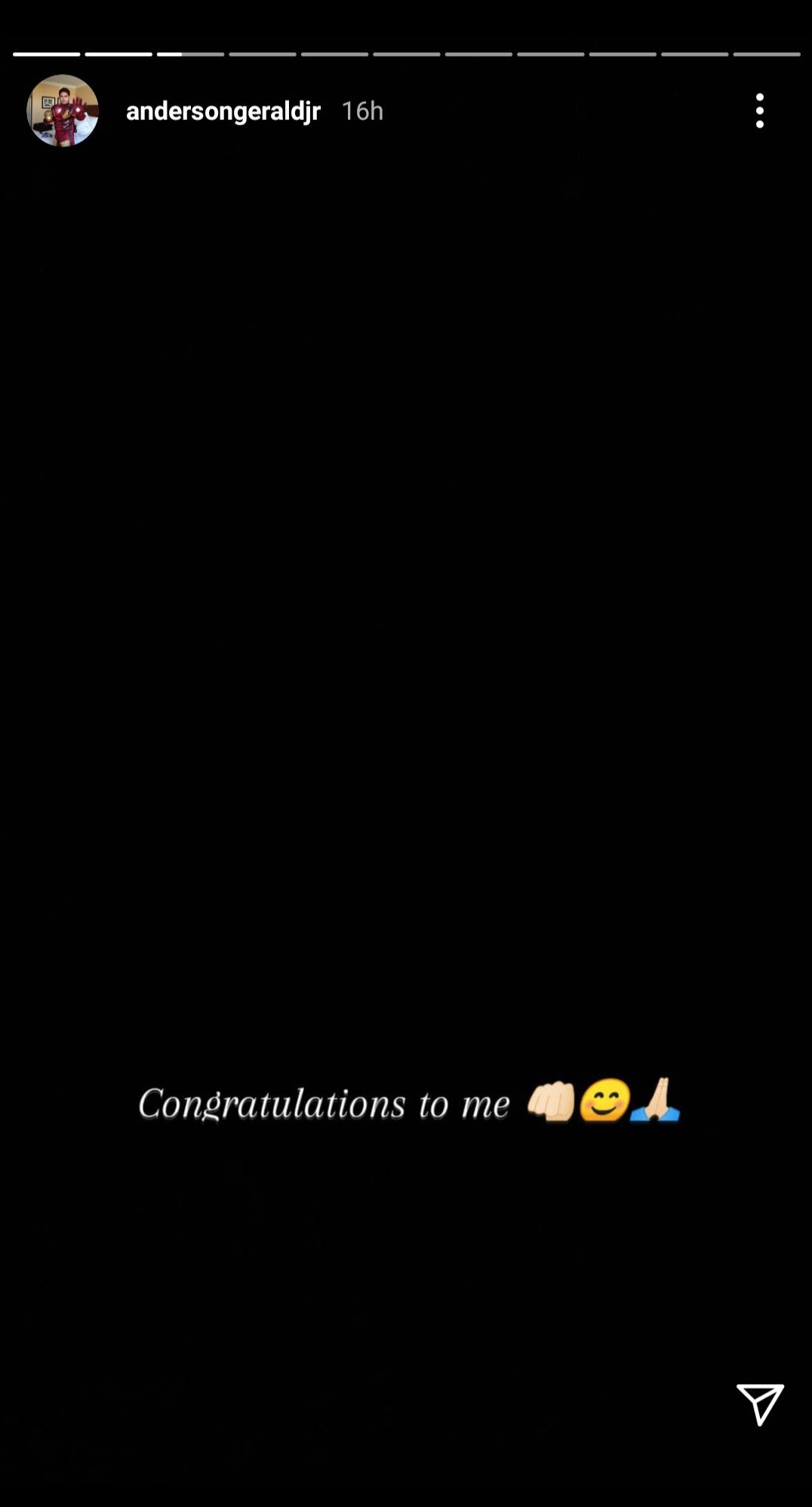 After Sonza's initial pregnancy claim went viral, fans were quick to defend Julia, denying the rumors because the actress is busy with shoots and endorsements. They also noted her fit body, specifically her toned abdomen.

Sonza, that same day, took back the claim, saying his past post stems from his happiness that one person admitted she is pregnant.