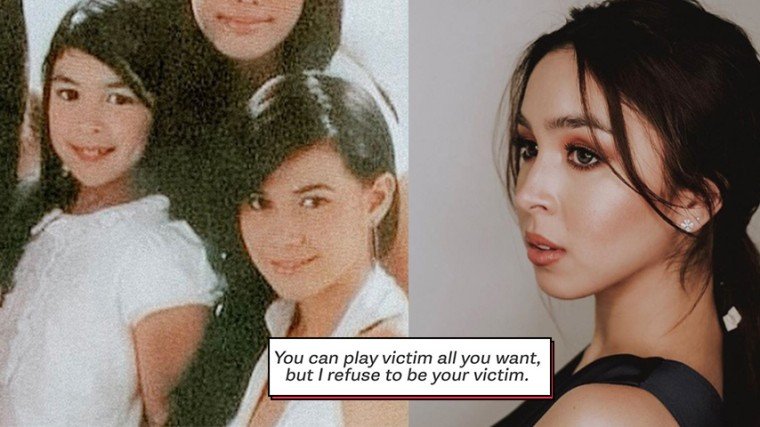 Julia Barretto is not one to stay silent after being dragged in a controversy.

Julia Barretto, who has been on the receiving end of online attacks after being dragged into the Bea Alonzo-Gerald Anderson breakup issue, finally airs her side via Instagram early this evening.

In her eight-page swipeable post, Julia  revealed how much she’s been suffering emotionally, but adds that it’s her right to defend herself and her family, who are also being dragged into the mess, and therefore also getting attacked.

In the post, which now has 250K likes after half an hour of posting, Julia also directly addressed Bea Alonzo and called her out for being a bully.

Julia says that her co-Kapamilya actress Bea, was irresponsible in her usage of her social media influence.

Her multi-series post started with a picture of her with Bea taken during their younger years as ABS-CBN talents. Then the succeeding photos or pages contained her well-written and on-point statement regarding the issue.

Her full statement reads: “These past few weeks, my faith, my patience and my strength was put to the test.

“I have endured many harsh words hurled against me and my family everywhere on social media. It is exhausting and painful. While some might have forgotten, I’m also human.

“I was attacked for two issues:

1. I cheated on my boyfriend

2. I was the cause of another relationship break up.”

“Let’s be clear: Josh and I had broken up four months ago. We have publicly admitted it together and we have cleared that there’s no third party involved.

“From now on, anything I do in my private and love life is not considered as cheating, and is none of anyone’s business.”

“Secondly, I believe that Gerald has already made it clear that a third party was not the cause of their breakup.

“I would like to dissociate myself from the breakup of Bea and Gerald. Their issues are entirely their own.”

“However, since I was brought into this mess without a choice, this is what I have to say.

“Your heartbreak should have been a private matter, but you have selfishly turned it into something of a national concern.”

“Bea, you wanted to keep your hands clean by not mentioning me in your controversial post, but with a click of a finger, in your sly way, you have charged everybody to destroy me FOR YOU.”

“You have encouraged a culture of hate by purposely liking harmless photos, putting malice into the minds of many, which resulted in the outrage of insults against me.”

“You are a woman of great influence and following. You could have used that power to promote strength and grace in women, but instead, you’ve used that to promote social media irresponsibility. That is downright bullying.

“You can play victim all you want, but I refuse to be your victim.

“This post is not enough to sum up everything I went through. I took the time to step back and take a look at the situation that I am in.”

“It is so hard to be human in this industry but I still have every intention to stay in this business that I love so much.”

“For the longest time, I've always dealth with everything in silence, but this time, I am forced to grow up.”

“I will not be sidetracked, derailed, and be dictated by people's judgements and opinions about me.”

“This is me getting myself free and getting my soul back.”

Julia was the latest leading lady of actor Gerald Anderson in the movie Between Maybes. And after photos of them attending a party together surfaced online, Julia and Gerald became the target of massive accusations of cheating on their respective partners.

After the Julia-Gerald party sighting photos came out, Bea posted a cryptic message on her Instagram account, which alot of people took as a hint to her breakup. Bea also went on liking posts about the party sighting.

Bea’s post said: “‘you can’t make the same mistake twice, the second time you make it, it’s not a mistake anymore, it’s a choice.’ ENOUGH.”

The post also seemingly hinted about someone’s infidelity. The post, and Bea’s act of liking Julia-Gerald sighting posts, seemingly fanned the fire of the controversy.

Julia had to mute her social media accounts because she has been receiving hate comments non-stop.

Bea was first to break her silence with regard to the said issue during an interview with the press at the story conference of her new drama series. She said that Gerald just cut off all their communication and she doesn’t have any idea that they have already broken up.

Gerald, who has been receiving online lashings, too, only explained his side of the story yesterday, after two weeks of being silent. Granting an interview with ABS-CBN News correspondent Ganiel Krishnan, Gerald revealed that he and Bea had already split up because of a huge fight. He also made it clear that the reason for their break up is not about a third party.

A day after Gerald addressed the issue, Julia took to Instagram to answer all the allegations thrown at her.  In the end, Julia said: “I will not be sidetracked, derailed, and be dictated by people's judgements and opinions about me. This is me getting myself free and getting my soul back.”

Her friends and supporters cheered Julia on calling her brave. 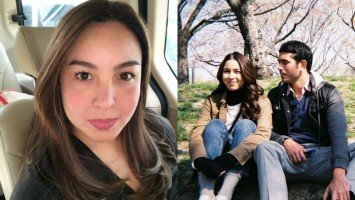 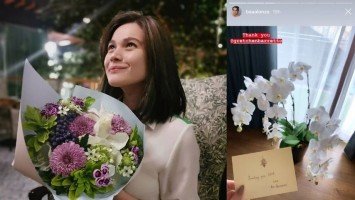