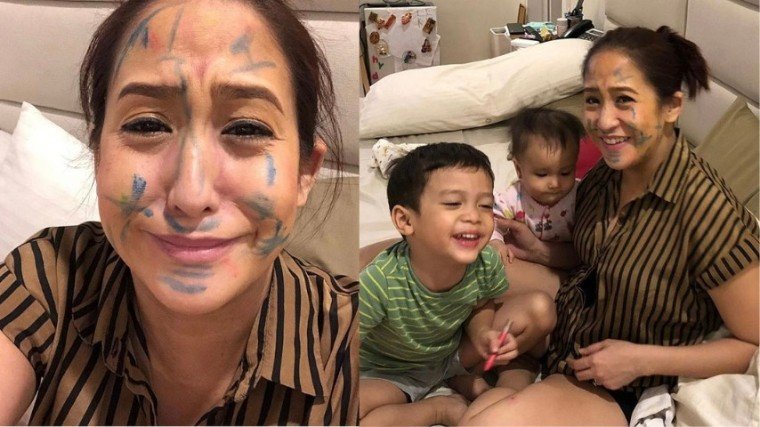 Despite having a busy day at work on a special occasion, the Magandang Buhay host wouldn't have it any other way if it means coming home from work and goofing around with her babies.

While her husband Mark Escueta was out for a gig, the mother of two allowed her son Pele to get silly by drawing on her face just so they can finally hit the sack.

“Sarap maging nanay! Goodnight!” she added embracing motherhood in all its finest.

The 40-year-old actress get to squeeze in one hour of zumba after putting her children to sleep. Before calling it a day, Jolina’s husband gave her three stems of red roses. 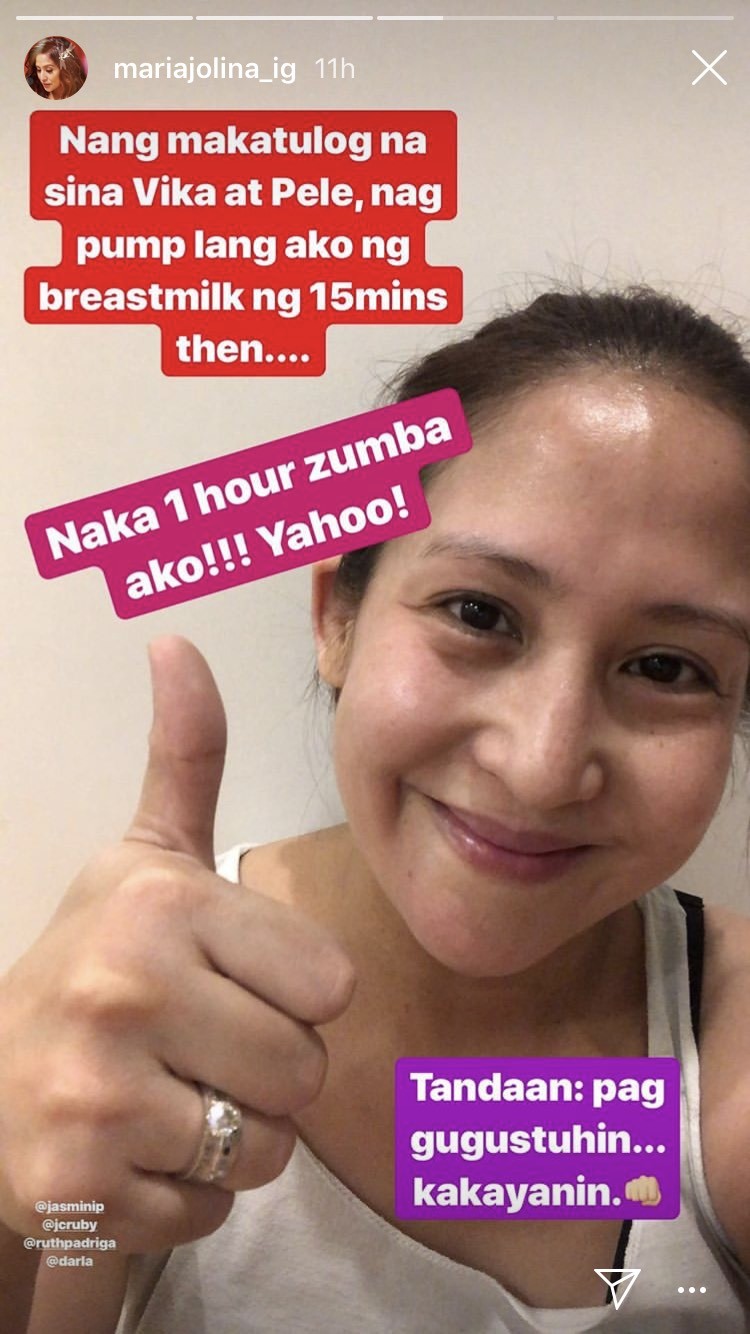 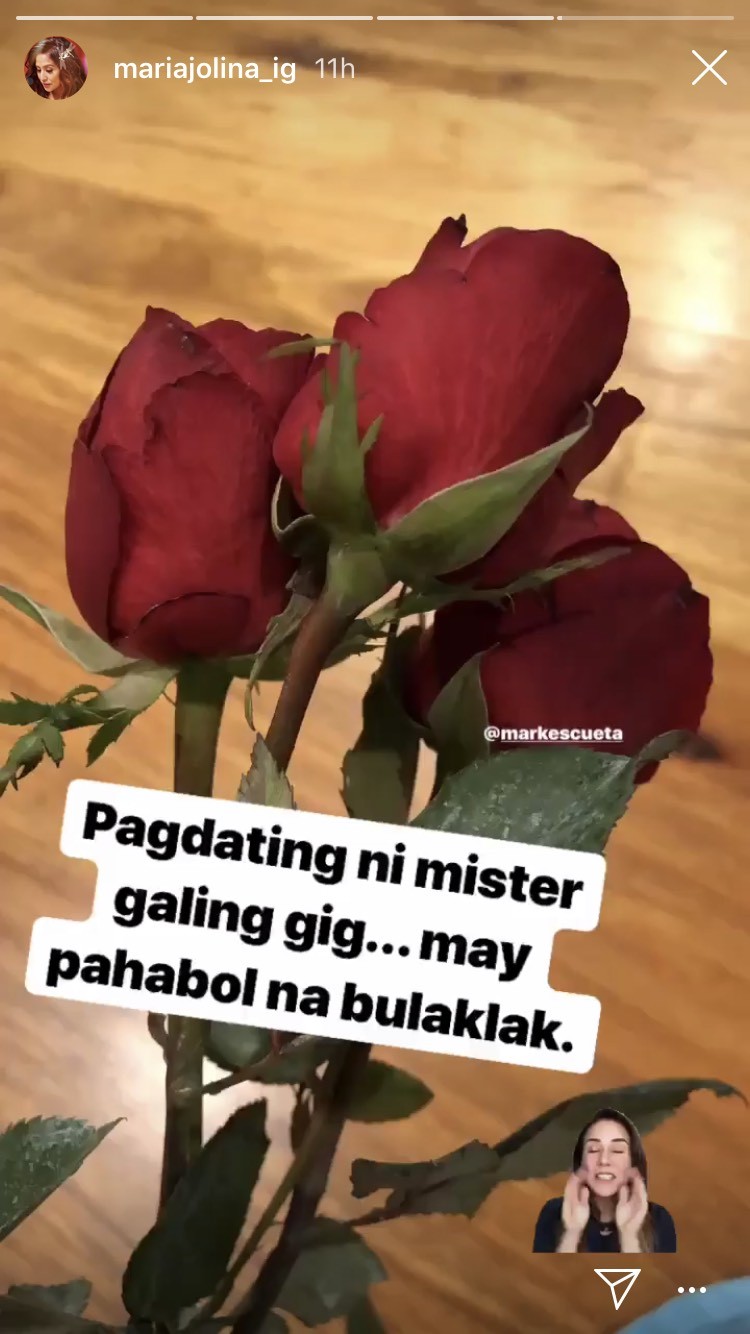 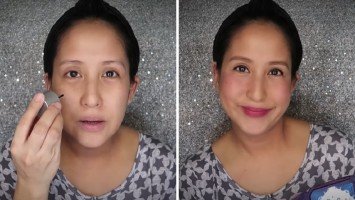