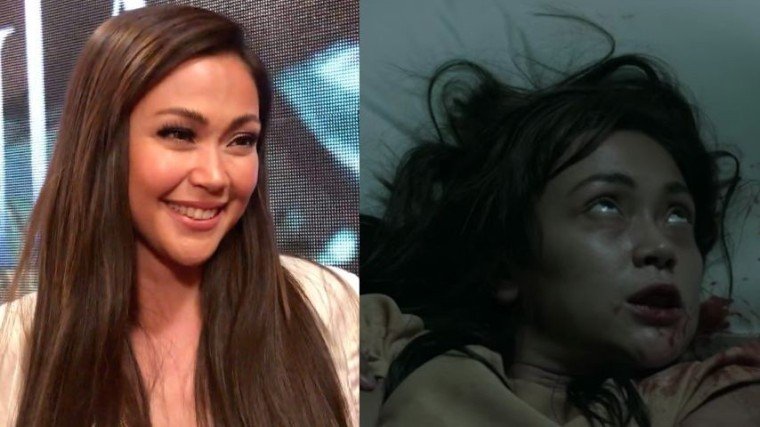 In the past 10 to 15 years, the local entertainment industry introduced leading ladies who were set and groomed to play roles that are ideal and appropriate, or in the native tongue, bagay to their appeal.

The valid reason is: studios—and key people therein—become careful to market their major stars just so their status are maintained and relegation be avoided.

In the age of digital platforms, this still holds true for some. For a detour from “proven” roles and characters can make the leading actress prone to scoffing, bashing and unliking on social media.

But what sets Jodi Sta. Maria apart is that she’s one actress who is unafraid.

Initially rising from the midnoon-time teen serye Tabing Ilog in the late 90s, playing the girl torn between compromises, she had since been choosing roles that groomed her to be a serious actress.

“Being an actress, I know the responsibility when you accept a role,” Jodi tells this writer. “I don’t treat it like it’s only an acting assignment. I get to know who the character is, try to get to know how she thinks. So I can show viewers who she is, what her needs and flaws are. That is how she can be alive are real”.

Such respect and commitment to the role has manifested in a riveting level in Clarita, the disturbing horror-drama of writer-director Derick Cabrido and screenplay by Cenon Palomares. This period movie, set in the summer of 1953, and based closely on true events, the 33-year old acclaimed actress plays Clarita Villanueva, the provincial lass who comes to Manila to look for her father. With luck becoming elusive, she allegedly erstwhile became a prostitute and was imprisoned for vagrancy. It was while in prison that she began experiencing the horrifying ordeal of being possessed by demons.

“I had no double in most of my scenes,” Jodi informs us. “Lalo na ’yong part na ine-exorcise na si Clarita, naka-harness ako, lumalaban sa mga pari, umisigaw in German, Latin, French, nagmumura. I preferred no double. No really, I want to do the difficult scenes, because not only the role was a new learning process playing a different character. I am trying to get inside Clarita’s mind and feelings while she is not really in her own mind.”

Such introspection of a woman whose confirmed versatility on screen is always on display.

She was the irritatingly persistent prayer lass in Jologs (2002), the arrogant scheming daughter in the teleserye Kampanerang Kuba (2006). Then she made her iconic role Maya dela Rosa in Be Careful with My Heart a household name and as the most loveable maid on TV, and just recently, in the film Man & Wife, she portrayed Luisa flawless as a woman constantly enduring the emotional torment from her unloving mother-in-law.

Presently, she plays Fina, the Baguio native fighting a group of corruptible lawyers to reclaim her child in Mea Culpa: Sino and May Sala?.

With her bold choices of unglamorous roles, it comes as no surprise that she instantly accepted Clarita. Jodi is simply unmindful whether she comes of as protagonist or antagonist.

“I don’t mind how the role is seen—bida or kontrabida. I don’t mind. Primarily it’s the challenge and effectivity I will do. If I even get to the point of doubting myself if I can pull off the role or not, the more I will play it,” she states bravely.

From the start, Jodi was aware of quite a number of struggles she can face up with in Clarita. Being a period drama in particular, there is the zeitgeist of culture, people’s behavior, and how the country’s life in general was in the sedate 50s.

It was a time when the country was still continuing to recover from the ravages of World War II. Career opportunities for women were not necessarily extant and very probably, a woman who gets imprisoned and stamped with a criminal case is repulsed, become a topic of mean discussions, and treated with cold avoidance. It was imperative for women to finish school, maintain propriety or be second fiddle at times to men.

Being a millennial Jodi perceived imaginatively how her character received the treatment from both media and the general public.

“So these things already gave me the energy to make us all see what can be the redemption of Clarita. Is she really a tragic figure or a fighter? Are there supernatural things involved with what happened to her? That is why when we watch it, we all need to accept the truth that this possession can happen to anyone. If we acknowledge this truth we can be more careful and be more accepting of God’s presence in our lives. That is the greatest protection we can arm ourselves with. It’s one way to free ourselves from our own horrors”.

Jodi, achiever on and off-cam!