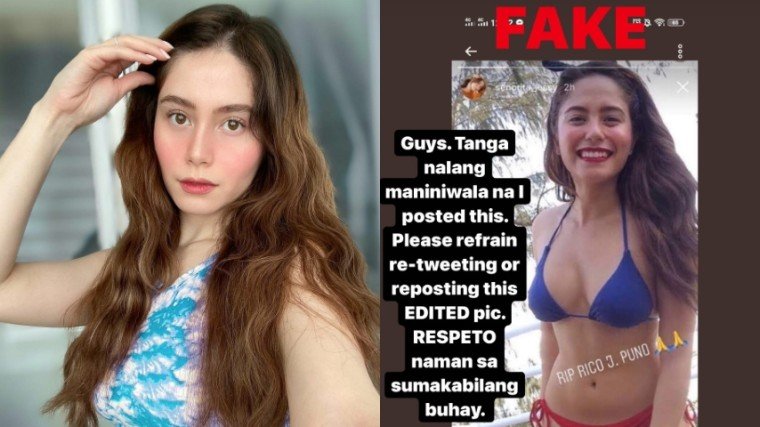 Jessy Mendiola has finally addressed the matter regarding a photo of hers that has been viral for a few years now.

In the photo, the actress can be seen wearing a bikini with a caption paying tribute to the death of OPM icon Rico J. Puno, who passed away last October 2018.

"RIP Rico J. Puno," the caption on her photo read, with prayer emojis.

The alleged post of Jessy resurfaced over the weekend, with netizens describing such as "same energy" towards celebrities who post selfies alongside their message of solidarity for victims of Typhoon Ulysses.

On her Instagram account last Monday, November 16, Jessy finally broke her silence regarding the viral photo, saying it is fake.

Jessy was one of many celebrities who used social media to spread relief efforts to those devastated by Typhoon Ulysses.

Her typhoon-related post did not consist of a selfie, but instead a picture of clouds with the words "Pray for the Philippines" in front.

In her caption, she urged her followers to donate for typhoon victims through the volunteer group Rock Ed Philippines, who advocates for alternative education.