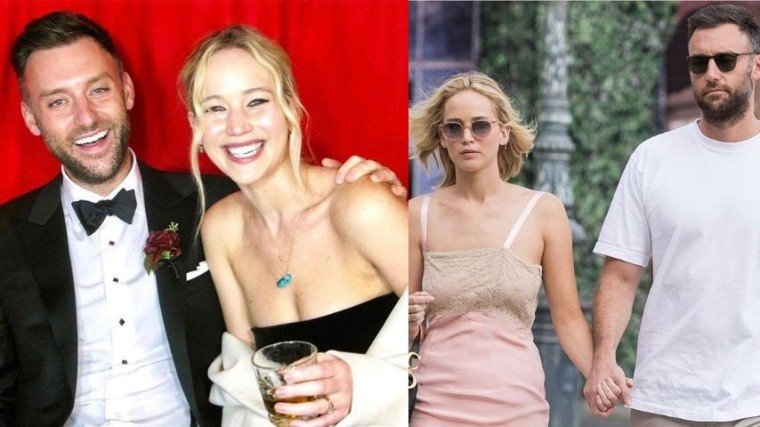 Designed in 1894 by the renowned American architect Richard Morris Hunt. It is currently home to Carolyn Rafaelian, CEO of Alex and Ani, who took on restoring the property in 2012.

According to Wedding Wire, it cost an average of $210 per guest. That’s about $31,500 just for the food. May variety of hors d’oeuvres, including sweet potato flat cakes, Brussel sprouts with cured egg yolk, smoked pork belly with pickled apple and salt cod beignet.

For the main course, guests can pick between a wood-roasted fish with herbs and lemon-infused butter or a 5-week-aged leg of beef with forager’s sauce.

Throughout the reception, hired hands carried in trays of burgers and other offerings from Boston’s Baddest Food Truck and Maine-ly Lobstah into the Belcourt. By the time the afterparty started around 12:30 a.m., hungry stars headed outside for a snack.

The party continued well into the early hours of the next morning, with Lawrence and Maroney staying until 5:30 a.m. until the last guest left.

Ayon sa People: “It was an all-night party. Jen and Cooke where the last people to leave at 5:30 a.m. They waited until all the guests were gone so they could personally say goodbye. When they left, Jen looked happy, but also a bit tired. She also looked stunning in a jeweled dress.”

The couple had been romantically linked since June of last year, and confirmed their engagement in February 2019.

Nasabi na noon ni J.Law na si Cooke ang lalakeng pakakasalan na niya:  “I don’t know, I started with the basics. How do I feel? Is he nice? Is he kind? It’s just — this is the one, I know that sounds really stupid but he’s just, he’s — you know. He’s the greatest person I’ve ever met, so I feel very honored to become a Maroney.”