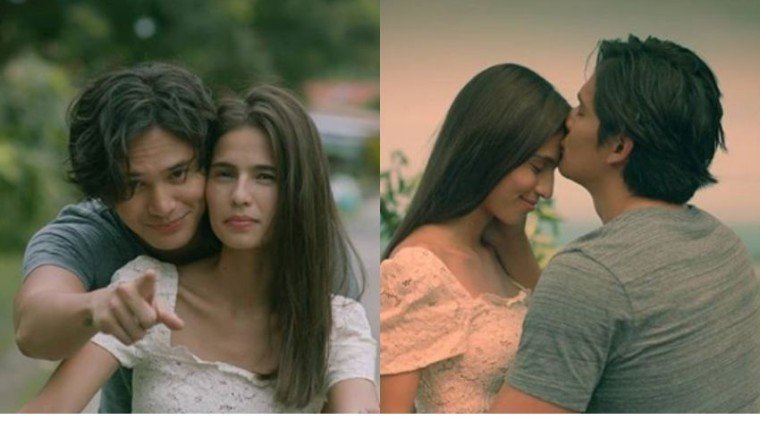 The movie project gave both stars many “first time" experiences, which included their first time to portray lead roles in a mainstream movie.

Kapuso actors Jasmine Curtis-Smith and Ruru Madrid are both with happy and thankful hearts for the completion of their film, Cara X Jagger, which is presently screening in cinemas.

The movie project gave both stars many “first time" experiences, which included their first time to portray lead roles in a mainstream movie.

Jasmine went on social media last November 5, just right before the movie’s red-carpet premiere at the SM Megamall, to express her gratitude to the people she worked with in the Cara x Jagger project, especially their director.

The actress posted a photo of her and Ruru Madrid kissing the right and left cheeks respectively of their film director, Ice Idanan.

It came with this caption:

“Sooooo, I will dedicate this post to our loveliest director and DOP. (2 in 1 sya, huhu ang galing mag multitask).

"Thank you direk @okiceidanan for trusting us with our portrayals for Cara and Jagger, for collaborating and enabling the thinking actors in us, for keeping an awesome energy and positive outlook even during the most lerler moments of our shooting and post prod days.”

In a separate Instagram post, dated November 6, Jasmine made a special shout out to her leading man Ruru Madrid, who is presently embroiled in controversy involving his rumored girlfriend, Bianca Umali, who figured in the alleged car sideswiping incident at the parking lot of the SM Megamall right after the movie’s premiere last November 5.

"Thank you for being with me on my first mainstream lead role,” Jasmine addressed Ruru. “Thank you for being an active thinking actor willing to grow and open to learn from every person that gives guidance or situations we encounter. Thank you because you performed so well and with so much honesty. I'm glad you are the Jagger to Cara.”

Ruru’s promised post came yesterday, November 7, when the Kapuso actor shared a "one time, big time" thank-you post on Instagram for everyone he’s worked with in the film. But he made special mention of his leading lady, Jasmine, whom he thanked for the friendship and learnings. He also promised Jas that he’ll always be there for her.

He then went on to lavish Jasmine with praises: