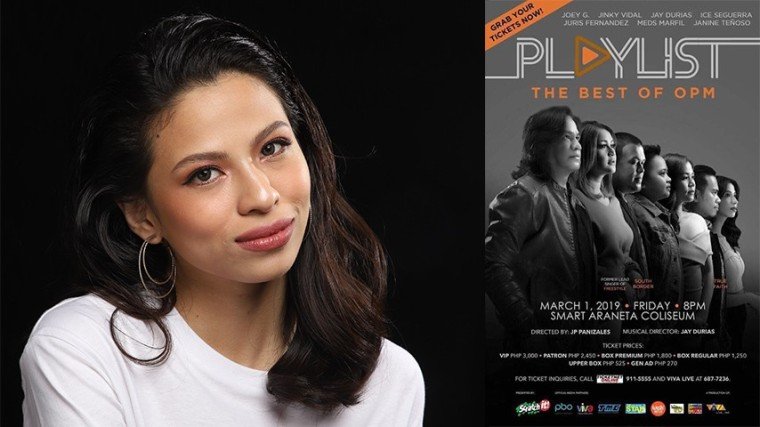 Janine Teñoso dubbed OST Princess considered the PLAYLIST concert a huge thing for her music career considering she is the youngest among all the musicians set to perform.

The Pikapika Team were able to do a sit-down interview with the singer-songwriter who admittedly feel ecstatic to perform along with veteran singers Joey Generoso, Jinky Vidal (Former Lead Singer of Freestyle), Jay Durias (Southboarder), Ice Seguerra, Juris Fernandez, Meds Marfil (Truefaith) on their upcoming concert entitled PLAYLIST “The Best of OPM”.

Janine’s voice is so familiar because she’s the voice behind the OST (original sound track) of these movies; Rivermaya’s “241” for 100 na tula para kay Stella, Ric Segreto’s “Don’t Know What To Do” for The Barker,   “Di Na Muli” for Sid and Aya, “Ang Awit Natin” for Para Sa Broken Hearted and then now for the upcoming movie starring Nadine Lustre and Carlo Aquino “Ulan” for Ulan.

She  shared what she felt about working with the singers who have bigger names in the music industry, “At first, when boss told me that I will be part of a concert sa Smart Araneta Coliseum. I was actually super overwhelmed and shocked.”

“And then, nung sinabi niya pa sakin who I’m gonna be with Jay Durias Joey G, mga veterans in terms of singing. Grabe nakakagulat and nakakatuwa kasi yun nga nabigyan ulit ako ng chance to share my talent even more to their audience.”

She revealed that she was just listening to these artists before and then now she can’t believe she’s actually going to perform with them.

“I just used to listen to them in the radio when I was in high school pati sister and mom ko part ng playlist, kaya now that I’m gonna be performing with them it’s such a big thing for me and it’s a motivation for me to do better.”

In her preparation for the said concert, the 20-year-old artist shared that she actually listens to their [Playlist singers] songs compiling them on her Spotify so she can also learn from their music piece.

She said, “Lahat ng kasama ko sa Playlist concert pinag-aaralan ko songs nila because I just want to be there in their generation”

Watch her interview below:

The playlist concert will be held at Smart Araneta Coliseum on March 1.

Ticket prices in pesos starts at 270 for General Admission and 3,000 for VIP.

Check out this link for more information: 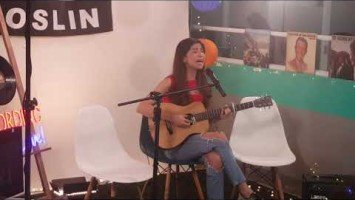