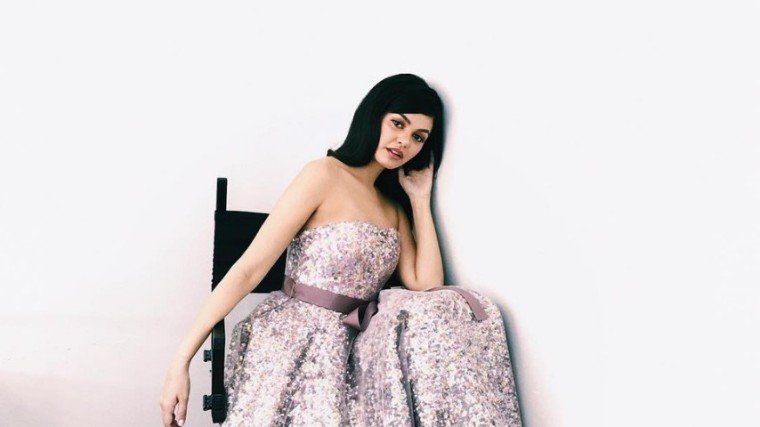 With her modelesque looks and celebrity parentage, Janine Gutierrez was always poised to take over local showbiz. On the small screen, she's a talented actress, taking on out-of-the-box roles such as that of Yna, the titular character in GMA-7's afternoon series Dragon Lady.

But it's not just the small screen that Janine dominates—she's a social media darling as well. Boasting 1 million followers and a dedicated fanbase, Janine has also become an in-demand influencer in the luxury industry, partnering with high-end brands like Jo Malone and Louis Vuitton.

This hasn't gone unnoticed by Janine's fans, who pointed out that the actress has been jetsetting all over the world to attend product launches and other engagements.

Check out Janine's snaps from the aforementioned events:

Janine wore this pink number with thigh-high boots during her trip to Tokyo for Louis Vuitton. She could be on a New York runway!

It looks like the set-up at the Jo Malone Brilliant Blossoms launch in London last month was made just for Janine to pose in!

During her London trip, Janine passed by a cheeky storefront—and decided to give some of the spotlight to her Louis Vuitton crossbody bag.

She hasn’t posted any OOTDs from Hong Kong, but Janine seems to be having fun at the Rimowa-sponsored trip. The actress is accompanied by other Pinoy influencers at the luxury luggage manufacturer’s event in Asia.