Janella Salvador reveals being so scared to tell her mom, Jenine Desiderio, about her pregnancy 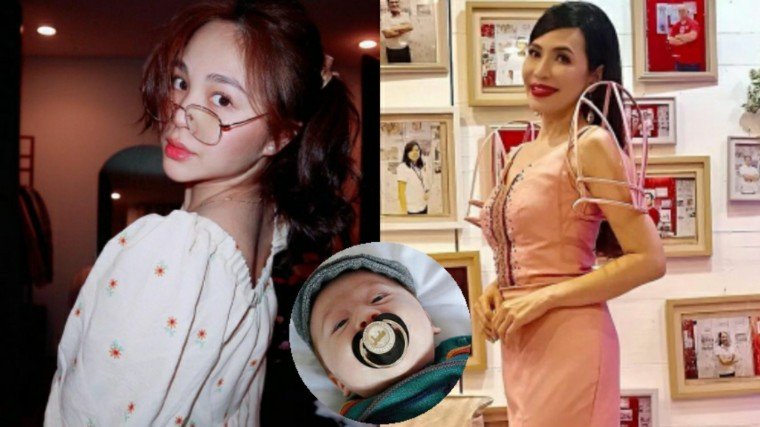 In an exclusive article by Metro.Style, Janella Salvador delved more about her pregnancy journey, including when she first discovered her pregnancy, who she first told about it, and when she will come home with her baby.

It could be recalled that it was last September 2020 when the actress confirmed her relationship with Markus Paterson. It was the same month when rumors started circulating that she was pregnant with the actor’s baby.

The celebrity couple has kept mum about the issue, until January 5 of this year wherein they made the revelation of having their first son named Jude in their joint YouTube channel as well as in their respective social media posts.

Janella recounted more details of her pregnancy journey in an exclusive article for Metro.Style, including how she discovered the blissful news.

It was on a trip with Markus, his manager Allan Altera, and another friend of theirs in Boracay last February 2020 wherein Janella started to feel different about herself physically.

“Before that [day], I had a weird feeling already because I wasn’t my usual self and you know, I was feeling so bloated, I didn’t want to eat the usual food that I usually like. And that’s weird for me, because I eat everything. I love to eat,” she recalled.

“So I was like, ‘Okay, this is weird.’ We decided to just buy the test there… I took two and tada! The funny thing is, his manager Kuya Allan was asleep when I took it, so we were thinking, ‘Gigisingin ba natin s’ya?’”

Janella and Markus, at first, felt nervous and, at the same time, happy and excited about having a baby.

“As soon as I took the test, [I told Markus], ‘Okay, I’m nervous. But why are we smiling?’ We were actually happy,” she says. “At the same time, I didn’t know what to feel. I was happy, and I couldn’t stop smiling. But I was also nervous.”

Upon learning the big news that she is pregnant, Janella first told about it to her The Killer Bride co-star and showbiz relative Maja Salvador.

“She was the one who referred me to my OB. I was like, ‘Ate Maja, can you just help me?’ [and] she was like, ‘What?’ then she cried. She was like, ‘Wait lang, maiiyak ako.’ Naririnig ko ’yung voice niya sa phone,” Janella narrated.

Janella revealed that her mother, actress-singer Jenine Desiderio, only knew about the pregnancy much later, saying how it took her time to reflect on how she would tell her mother the news properly.

“She was the scariest! Of course, she’s my mom. She was actually one of the last people… She got tampo nga. She said, ‘Why did you just tell me now?’ It’s because I was so scared. I didn’t know how to tell her. I told her, I was I think four months [pregnant] already. Four months, I think, when I told her,” Janella shares.

“Since there was still COVID, I had to call her. Hindi ko nasabi in person, so dapat talaga my plan was in person. I was supposed to go to her house. We [Markus and I] were supposed to go together to her house and tell her the news but we had to settle for a video call because of the pandemic. It went okay. My mom actually didn’t… I expected the dragon to come out of her but it didn’t, you know. She was listening. It was a good conversation,” she went on.

After telling about how she first saw Jude, how she and Markus took him home, and how life is at home in the UK, Janella expressed excitement to come home in Manila, as her loved ones back home, like her grandfather, are excited to meet Baby Jude. She revealed that she was supposed to go home by January 2021, but the new COVID-19 travel restrictions got in the way.

Apart from being excited to do mom duties back in the Philippines, she is also excited to go back to work.

“I really want to go home because I need to try and figure out how I’m going to do it. We still need time to adjust to that life,” Janella says.

“If ever I’m going to have to tape for a teleserye, because of the current situation, it will be lock-in, which means you’re staying at the hotel, at the location for a week or two. And I’m like, how am I going to leave my baby for that long? But I have to, you know. So we really need time to adjust and find a way around it.” 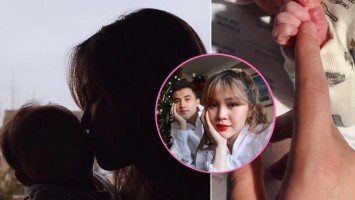 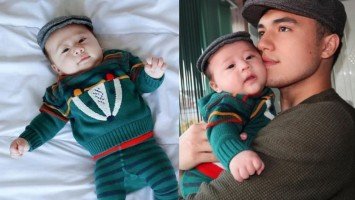