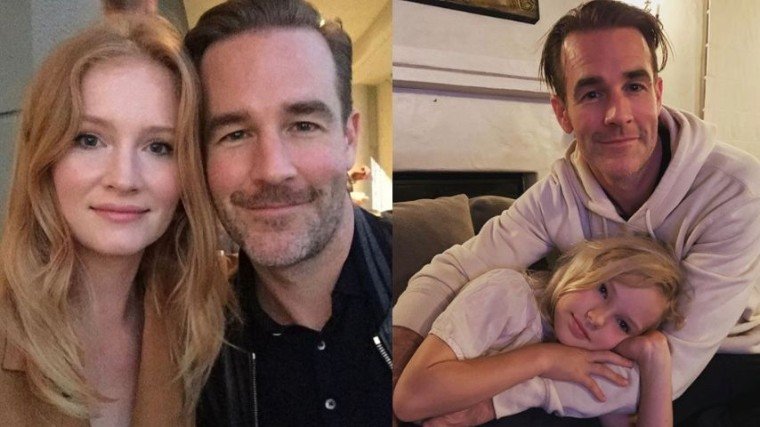 "My wife Kimberly and I went through every expectant parent's worst nightmare. We lost the baby. The little soul that we had expected to welcome into our family took a shortcut to whatever lies beyond. You never know why these things happen.”

"My wife Kimberly and I went through every expectant parent's worst nightmare. We lost the baby. The little soul that we had expected to welcome into our family took a shortcut to whatever lies beyond. You never know why these things happen. It's what I've been telling my kids.  All you know is that it brings you closer together. It breaks you open. It opens up your heart. It deepens your appreciation. It makes you more human," sey pa ni James sa video and he dedicated his performance sa kanyang misis na nagpapagaling sa ospital.

Ayon sa dance partner ni James na si Emma Slater: “The experience that he went through with his wife and their kids just happened within 36 hours. It wasn’t really easy for James to come out and dance tonight… he almost didn’t come."

“Wrecked. Devastated. In shock. That’s how we’re feeling right now after the soul we thought were going to welcome into our family in April... has taken a short cut to whatever lies beyond this life. We’ve been through this before, but never this late in the pregnancy, and never accompanied by such a scary, horrific threat to @vanderkimberly and her well-being.”

Noong Martes, nag-post naman si Kimberly sa kanyang Instagram Story: “I don't even know how I'm going to begin to respond to it all. So, I think I'll just have to do it here. We lost our baby boy… I almost lost my life.”

“Thrilled beyond belief to announce that another little bundle of joy has picked us to be their family. We chose to have our first ultrasound on camera with our #DWTS crew capturing the result – something I NEVER thought we’d ever do," post ni James on IG.

Along with a clip of their first ultrasound, James revealed that they have suffered miscarriages in the past.

“@Vanderkimberly and I have been through three of those first appointments to discover either no heartbeat, or no baby, and she wanted to share this moment. Miscarriage (a word that needs a replacement – nobody failed to ‘carry’, these things sometimes just happen) is something that people rarely talk about, and often go through in secret. But there needs to be zero shame around it, or around giving yourself the time and space to grieve. We decided to put ourselves out there – not knowing what we’d find – in an effort to chip away at any senseless stigma around this experience and to encourage people who might be going through it to open themselves up to love & support from friends and family when they need it most.”

On television, na-cast si James sa Don't Trust The B---- in Apartment 23, Friends With Better Lives, CSI: Cyber, Carters Get Richer, Modern Family, Franklin & Bash, Mercy, What Would Diplo Do? and Netflix's Pose.